July 07, 2015
At 11.30am this morning I was in Waitrose in Cambridge. Everyone in the store including staff stopped what they were doing to observe the one minute's silence at 11.30am in memory of those that lost their lives in the 7/7 London bombings. Eerily solemn to be amongst complete silence my eyes filled with tears as I remembered that devastating day ten years ago. 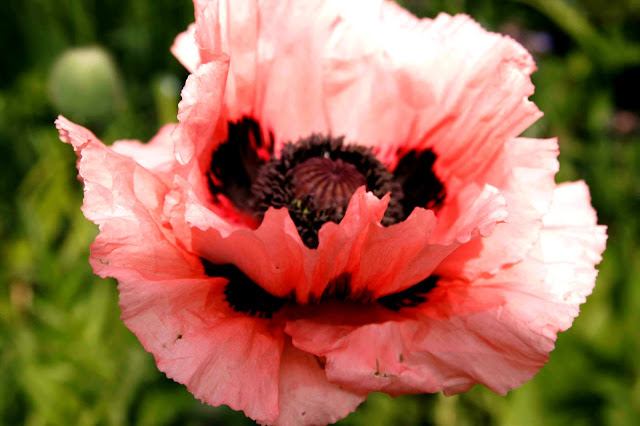 At 9am I left the house running for the 74 bus to take me to West Brompton station where every day I took the tube up to Edgware Road, a few minutes walk away from my office. That particular day I felt really ill, little did I know it was tonsillitis, I'd never had it before. I dragged myself out of the house as I knew two of my colleagues were not in the office so I couldn't let my other colleague down, I somehow had to get through the day.

I arrived at West Brompton at about 9.15am to find them closing the gates to the station without any explanation. Not really thinking much of it except 'bloody tube again, what's gone wrong with the district line this time' I returned to the bus stop to wait for the next 74 bus that would take me up to the office. Still not knowing anything I attempted to call my colleague to let her know that I was now running really late but was on my way. My phone wouldn't work, strange. I buried my head in my book only occasionally looking up when more and more sirens seemed to fill the air with their sounds. It was only when we got to Marble Arch that the suspicions began to arise when the Edgware Road was cordoned off and the buses were not continuing their journeys. We were told to get off the bus as we did I realised people were looking panicked, there were police everywhere. I continued my journey on foot and managed to get to the office through the back streets as the whole of Edgware Road was sealed off. Just as I reached Bell Street where my office was located I spotted a policeman who I would ask what was going on, I assumed it was a demonstration or the like. He told me no there had been a bomb at Edgware Road tube station. My heart sank. I let myself into the office to find our answering machine buzzing with countless messages from concerned clients. I picked up the ringing phone and it was my colleague who'd been frantic trying to reach me. We found out later that the mobile phone network had been shut down. She quickly drove to the office to fetch me and we spent the rest of day at her house watching in complete disbelief as the devastating news of more bombs unfolded. For that thirty minutes or so I was alone in the office the realisation of what was happening and the panic of what could potentially still come began to dawn on me. It was absolutely terrifying being sat there wondering for first time in my life whether my life was geniunely in danger.

Landlines were buzzing over the city as long distant families and friends tried establish the safety of their loved ones, including my very own. If you knew of someone living or working near the areas affected you were desperate to hear their voice. Once the mobile networks were turned on they couldn't cope with the rush of calls.

It was as if we were in a dream, this couldn't possibly be happening on such a large scale to our city. I was lucky however many lost their lives or were permanently scarred. And for what? A senseless attack. One that we never imagined be possible. London has always lived with the threat of terrorism, the IRA in the 70's and 80's and now this.

The overwhelming feeling of solidarity amongst Londoners demonstrates the city's resilience in the face of such fear. Fear was prevalent everywhere as we all anticipated the next attack. The admirable strength and determination to not allow the fear of terrorism to invade our lives makes me proud to be a Londoner. To see how ordinary people helped each other to safety whilst the emergency services fought valiantly to restore our city and people shows just how unified this city of contrasts really can be.

London will never forget those innocents who lost their lives, those who remain scarred and those who risked all to come to our aid.