June 26, 2015
There have been a number of plays I've seen along the years that have stayed with me, one such play was Pillowman the other The History Boys though not forgetting Rock n Roll.

Constellations, written by Nick Payne and directed by Michael Longhurst, originally premiered at the Royal Court followed by a stint in the West End as well as a run on Broadway, is finally on a short tour. Thankfully it came to the Cambridge Arts Theatre last week and the husband cleverly booked us tickets, as we'd managed to miss it in London. What a unique masterpiece of a play, beautifully written and rewritten, if you've seen it then you'll understand what I mean by that. An ingenious concept poignantly told by two great actors, this is theatre at it's very best.

With only an 80 minutes running time so much of two people's journeys in life is crammed in, taking the audience on a whirlwind trip leaving us wanting a lot more. Reality and an individual's perception of that reality is the focus of this play. Not only that but how differently the male and female psyche can read a situation. The play is an extraordinary exploration of the human mind challenging life, death and destiny. One word or one look or even an intonation can alter the perception of a conversation. Constellations is a duologue between a salt of the earth beekeeper, Roland, and an intellectual Scientist Marianne. They meet at a barbecue then embark on a relationship that sees them play out a number of potential paths in their relationship.

In one scene Marianne gives a lucid explanation of Quantum Physics to Roland 'We're part of a multiverse, at any given moment several outcomes can coexist simultaneously' which in turn illustrates  the structure of the play and inevitably life.

Great skill is required as an actor in this play, where there is no obvious linear line or conclusion, but these two have it in bucket fulls. Both Louise Brealey and Joe Armstrong give mesmerising performances demonstrating their razor sharp timing, acute characterisation whilst achieving the delivery of the lines is a feat in itself given the lack of logical order. I take my hat off to them!

There is still a chance to see this play as it continues it's tour until July, though I suspect there will be many reincarnations in the future. 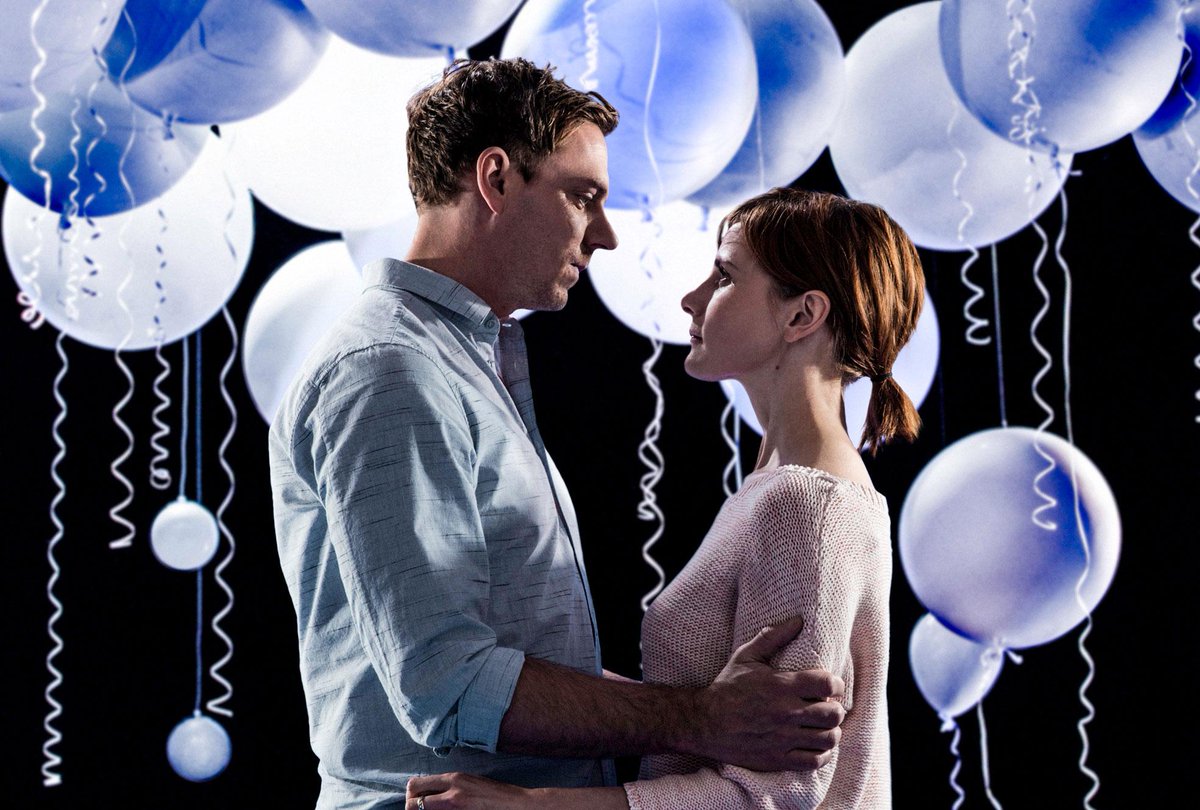