He's behind you! The Fonz in Peter Pan at Richmond Theatre

December 09, 2013
The Fonz has taken over Richmond Theatre. Interestingly, Richmond, a normally quiet family area has seemed to have welcomed this rebel that we all love from the series Happy Days, with open arms. 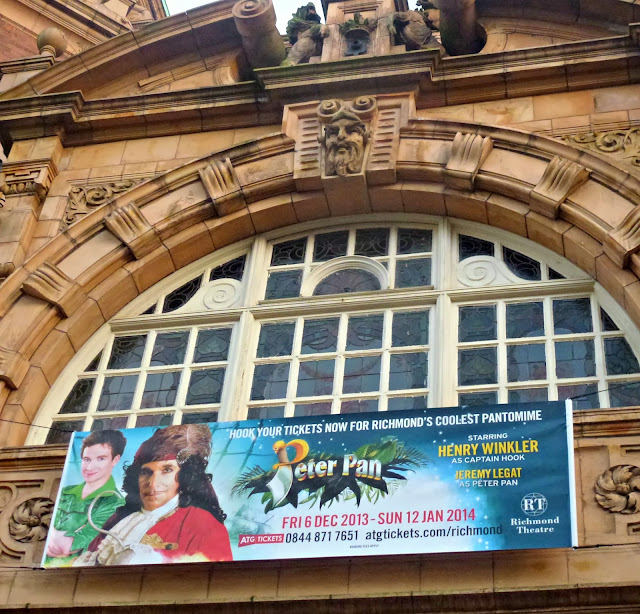 This Peter Pan has all the best ingredients that make up a great Panto. There's plenty of song and dance, flying, glitter, colour and lots of laughs. This is a show that has been extremely well produced, thus creating a magical experience for both adults and children alike.

In true panto tradition the audience are fully encouraged to participate, there are the usual pointedly adult jokes though nothing too controversial. Boos, hisses and cheers filled the theatre as well as the obligatory panto take on chart hits. Matilda thoroughly enjoyed being involved in the heckling, even learning a new song 'what do we do with a drunken sailor...'. Panto is the one chance an audience has to be vocal whilst watching a play, chatting amongst yourselves and shouting at the actors is normally frowned upon. It makes for a boisterous, fun atmosphere hearing the children laugh out loud at every twist and turn of the narrative.

As is to be expected the true star of the show was Henry Winkler as Captain Hook, he commanded the stage and appeared to be having the time of his life up there. When I asked Matilda who her favourite character was, expecting her to say Wendy or TigerLily 'Oh Captain Hook Mummy'. His performace was paired beautifully with Panto veteran Dermot Canavan's as the loveable Smee. Unlike a couple of other members of the cast Dermot shows his experience in this much underrated style of performance by giving us a wonderfully comic Smee.

The one big criticism I have of the show is the screen coming down at the beginning of show and at the start of the second half with the ATG advertising their next shows and the new Shrek DVD. Call me old fashioned but this is theatre, not the cinema or television when it is custom to be bombarded with advertisements. I found this extremely irritating to say the least. Next we'll have to put up with adverts for Coca Cola or Cadburys across the theatre curtains...

Tickets are selling like hotcakes with many performances sold out, so do book fast if you want experience the joy of panto!

If Richmond is inconvenient there are great pantos going on all over town, but always worth checking out the Hackney Empire or for a less conventional Christmas show Slava's Snowshow returns for it's third season at the Royal Festival Hall. 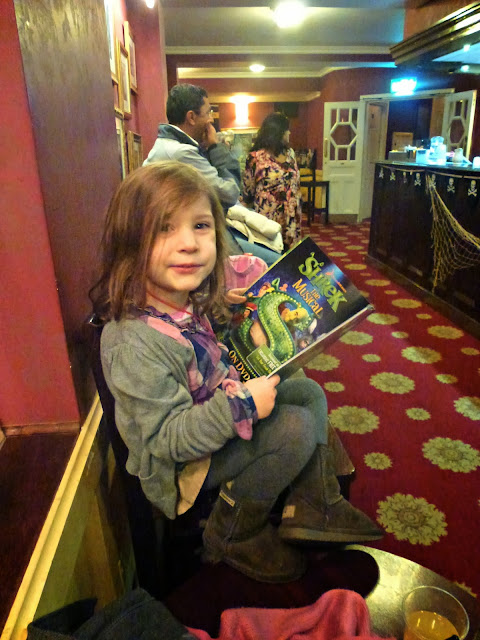