A Saturday hanging out near home

April 28, 2013
Yesterday marked Matilda's very first tennis lesson. We're extremely lucky to live a five minute walk from the Bishops Park Tennis courts, so as the Winter finally seems to be behind us, we signed her up. Fortunately she took to it like duck to water, Daddy took her then I joined them for her last ten minutes. A little confused by the instructions she nevertheless managed to hit the ball over the net! Naturally, I was beaming with pride. Considering it was her initiation to the sport, she seemed to grasp the principle of whacking ball over net very well indeed! 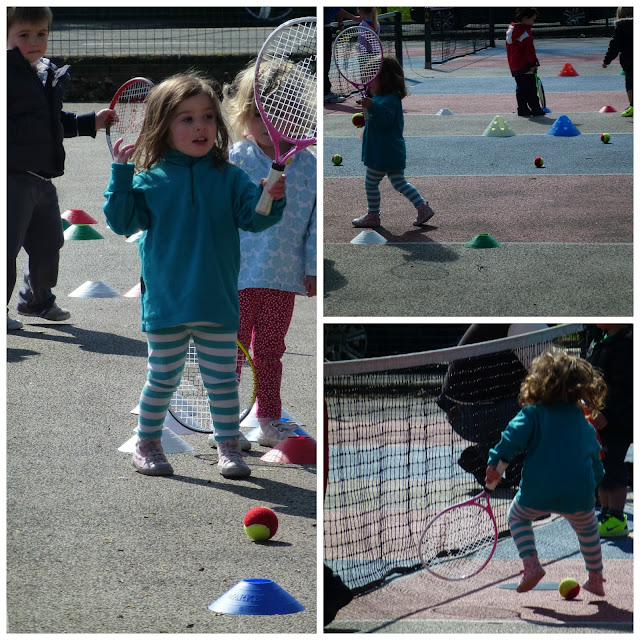 After having had to have an early start (the only free class was at the ungodly hour of 9.30) the husband and I needed a reviving Latte so we headed to the Fulham Palace cafe for a latte and stories (only one mind as they are now £2.80! Fulham residents be warned). 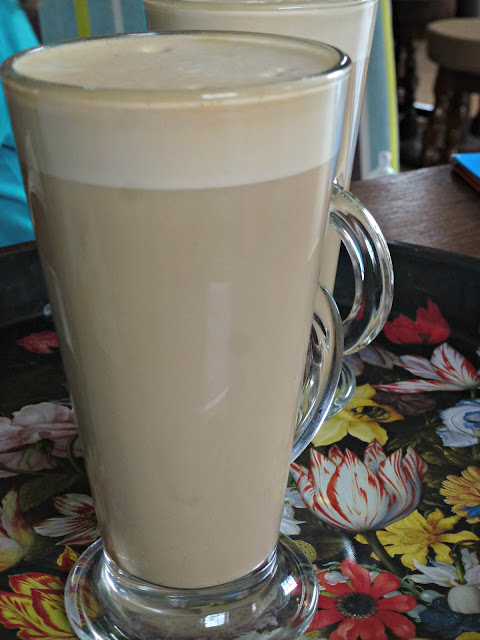 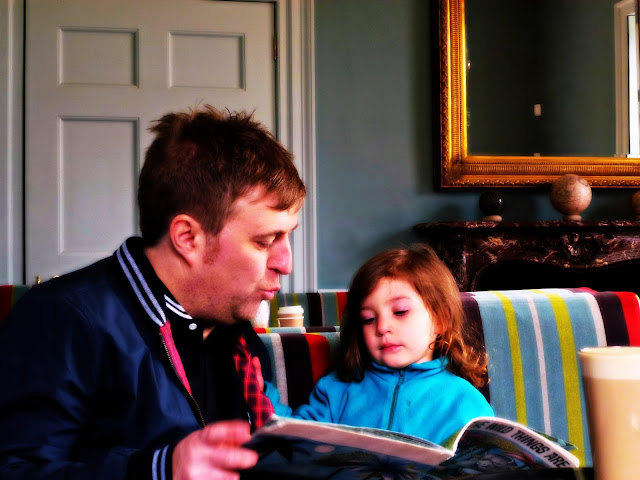 Next up was the teeny Farmers Market being held in the park in aide of a couple of local colleges. I bought some nice soda bread and purple sprouting broccoli. It was a lovely idea though sadly not quite enough choice to make it a thrilling event. 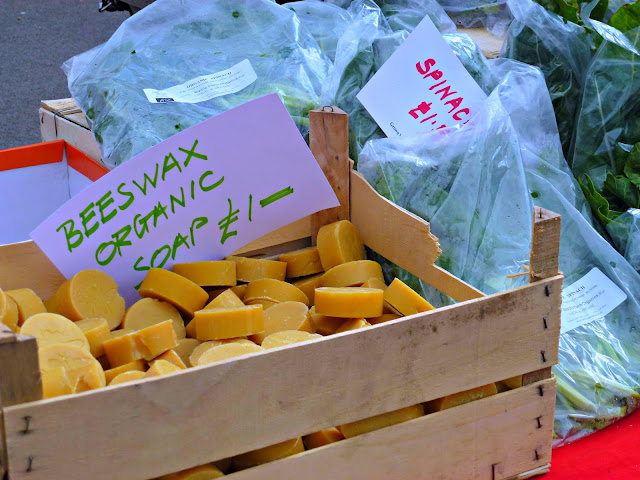 A stroll through the park and daffodils before retiring home replenished the soul. 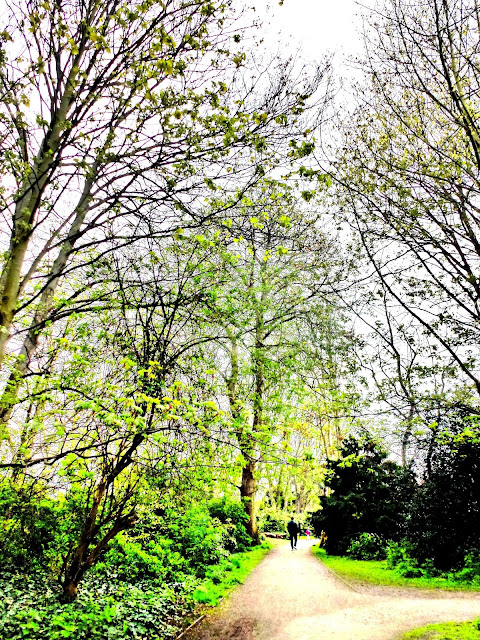 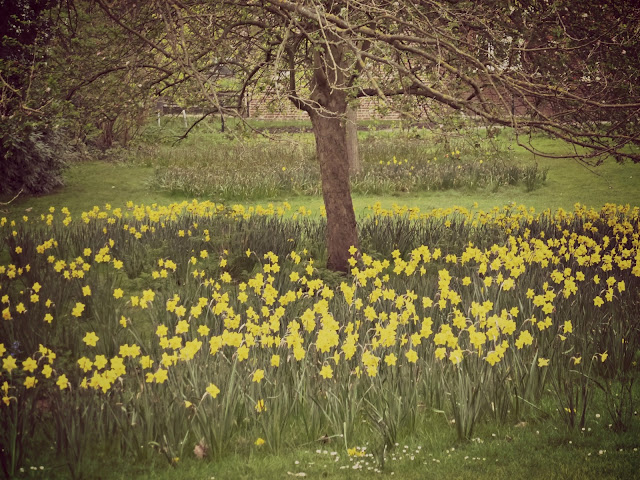 My plans to spend the afternoon at Brixton market were thwarted by the onset of Matilda's cold. She really didn't want to go back out at all, so we got out the Hama beads (who invented these little beads that spill everywhere that you can't). So an afternoon eschewed of making, sewing, watching Kung Fu Panda for the millionth time, cooking Nigella's Italian Chicken, watching Doctor Who and The Voice (I only honestly watch it for Will.I.Am's commentary, he tickles me) then once Matilda was safely tucked up in bed the Sloe Gin made it's way out of the drinks cupboard. It only took a couple of Sloe Gin, lime and ginger beer cocktails to get me on to Youtube looking up my favourite 80's dance/rap music. The husband and I then began playing Guess the song for the rest of the evening into the early hours. I'm ashamed to say he showed a lot more prowess in this challenge than me being the serious muso he is. My memory is rather spent after having Matilda, a complaint many other Mums have too. Sometimes a quiet day at home is just what we all need after rushing around all week. 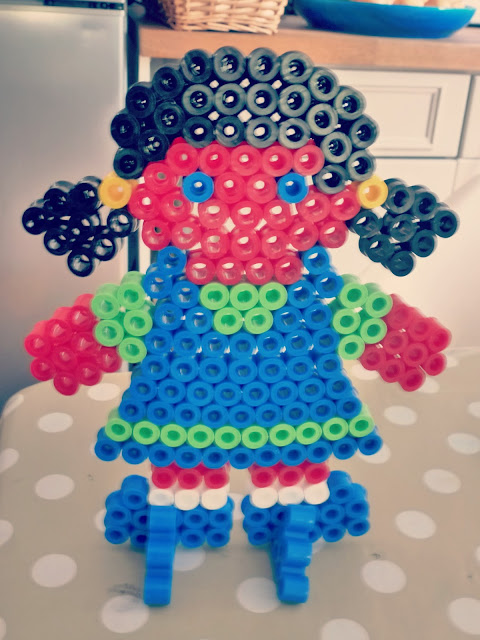 Right that's me off to youtube to get some practice in before our next competition night.

In case you might be interested here is a very small selection of our top tunes down memory lane: