June 20, 2012
It's been a while since I've been to Claridges. My Father worked there briefly when he first came over to the UK so I've always felt an attraction towards it. Personally, I love the old fashioned glamour of the building, as soon as you walk through the doors, you feel like you're stepping back in time to the 1920's where ladies glided around with their cigarette holders, flirting gently with terribly posh gentlemen straight out of a Nancy Mitford novel. So a while back I decided to take the husband for Fathers Day. He's had a rough six months with having been made redundant, fracturing his arm after a bicycle accident, having his bike stolen from a very busy Soho street amongst other disappointments. He needed cheering up and I wanted to illustrate to him just how much he is appreciated by his girls. I couldn't think of anywhere grander than Claridges to demonstrate our dedication to him. Thankfully, unbeknownst to me at the time of booking, as well as our trip being in honour of Fathers Day, it would also be a double celebration for his brand new job. 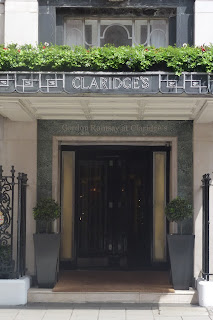 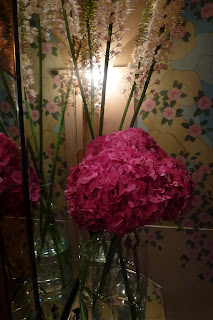 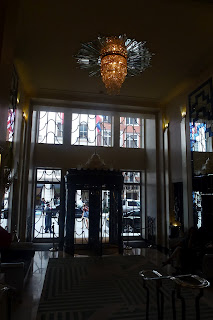 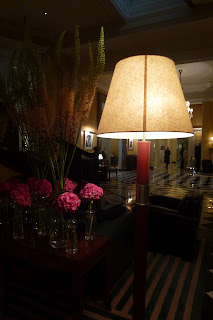 I was pleased to be told that Gordon Ramsey at Claridges is a family restaurant, so our toddler was able to join us for the special occasion. I must say I'd always been put off Gordon Ramsey after we'd attempted to book the Hospital Road Restaurant for our Registry office Wedding lunch, but were told we had to stick to the rules and book one month in advance. I'd called a couple of months before the date as we obviously wanted to ensure we had a table for our four guests but they made no allowances at all, and in fact the Front of House were so snooty with me that we decided to book Bibendum instead, and not wait.

The snootiness at Claridges was non existent, the staff from the Spanish lady on front of house to the Sommelier to the food waiter to the guy who came round to wipe the table, were all delightful and amazing with Matilda. She is generally well behaved in restaurants and Friday she excelled herself to the point that she charmed the staff so much, we were invited to take a tour of the kitchen. She was then handed a bowl of dark chocolate caramel truffles and vanilla marshmallows which she proceeded to devour. The Head Chef and his sous chefs were gorgeous and very happy to answer our questions, I'd never been behind the scenes at such a restaurant and it was fascinating to see. It was also good to see that the kitchen was immaculate!

The room is a mix of comfort and glamour, nothing too modern but I especially loved the ceiling filled with huge hanging lampshades. Tablecloths are crisp white linen, beautiful silverware and gold rimmed plates. Menus are large and the wine list comes courtesy of an iPad. 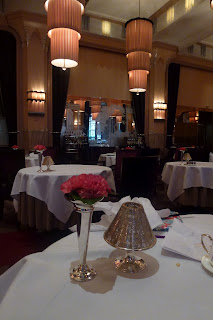 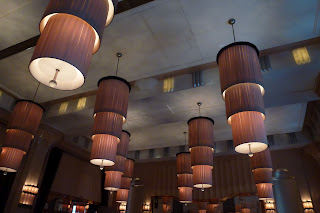 We started off with sauteed chicken livers, wild mushrooms and quails egg on brioche accompanied by white sauce, it was simply divine. The livers were super tender and sweet, contrasting with the delicate mushrooms. Matilda squealed as we cut into the eggs which squirted out a beautifully golden yolk that ran into the sauce. 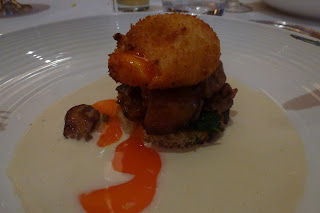 For the main I had the sea bream with crushed peas, asparagus and basil veloute. A perfectly light Summer lunch. The husband opted for the braised Beef featherblade, with cauliflower puree and spring vegetables. Both were perfectly cooked and delicious, his meat was so tender it just melted in the mouth. 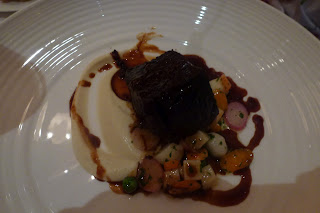 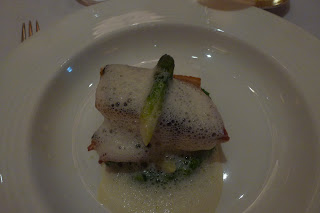 A very happy Matilda and teddy at the table. 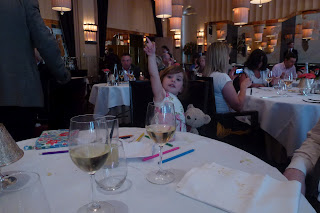 Matilda's salted caramel ice cream with fruit was delicious, she and her dress loved it! 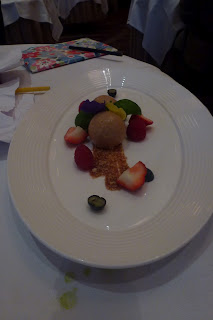 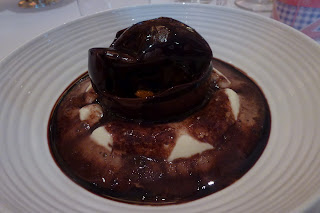 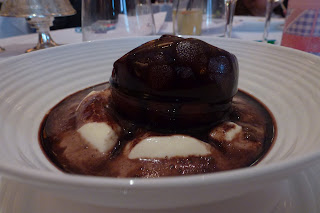 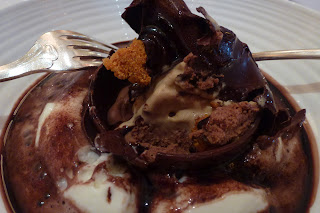 The husband's Creme Brulee was also excellent, not sickly sweet as it tends to be served sometimes with soft madeleines on the side. 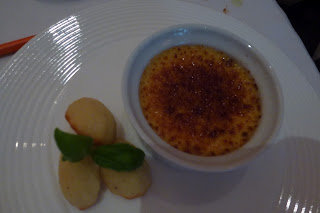 Eating at Gordon Ramsey is far from prohibitively expensive like so many other restaurants of this calibre. We had the £30 three course lunch menu which was extremely good value. There was a more extensive menu for £50, another for £70 so surprisingly accessible. We did treat ourselves to a gorgeous bottle of Burgundy which wasn't terribly cheap but worth every penny. However, if you avoid alcohol it's as cheap as going to your local high street Italian though much better value. So don't shy away, go and spoil yourselves with a wonderful lunch where for the afternoon you can pretend to be an American movie star! 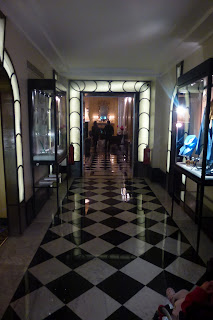 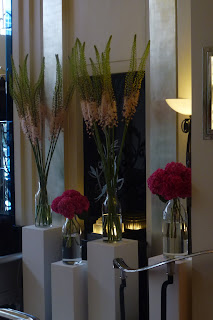