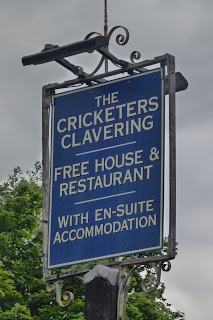 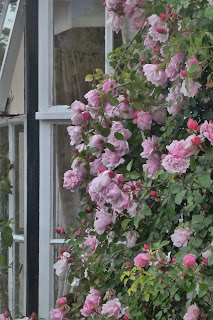 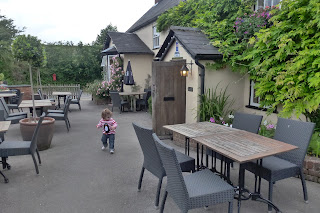 Finally we were in possession of a table at The Cricketers in Clavering. We'd tried before to have lunch there but its always packed. Clearly the Jamie Oliver connection helps and they certainly do all to promote that. His magazines are displayed on the bar as well as his autographed books which you can purchase for £15. Well you would, wouldn't you if your son was Jamie? 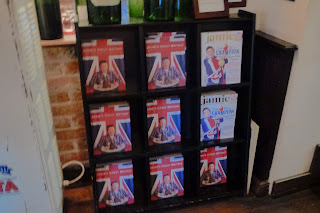 It's a gorgeous old pub with a mix of the oldie worldly pub with more modern touches. Comfortable velvet seating with low level lighting, these guys are obviously experts in running a good welcoming local pub. The staff did bend over backwards to fit us in and were very sweet if a little dozy at times. Our daughter spilt her apple juice, consequently our napkins were all used up even before we'd ordered, they were never replaced. However, that is a small detail and they were wonderful with Matilda, who was provided with a lovely colouring in book and pencils.

Food is locally sourced with the vegetables and salads coming directly from Jamie's organic garden, they've recently installed a pizza oven outside which looks great and provides food during the afternoons whilst the head chef presumably has a rest. 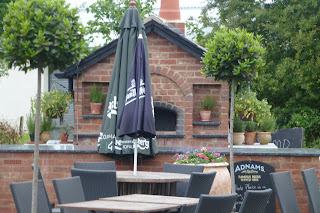 It's a varied menu, not cheap but with some interesting choices. We opted for the fantastic English platter as a starter which was ample for two people. There was a scotch egg, half a pork pie, homemade chutney and pickle, cheese and the most incredible homemade bread. I understand the sourdough is made on the premises each morning, quite honestly this bread was the highlight of the whole dinner. We'd also ordered some garlic bread for Matilda, which is one of the best I've ever tasted. When will the Oliver's open a bakery that's what I want to know? 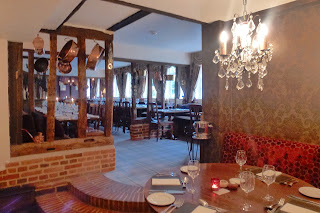 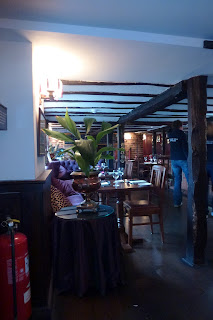 The main courses were a little underwhelming after the promising description on the menu. I ordered the lambs liver with pea, mint and stilton risotto. Two pieces of liver were terribly overdone making the good quality meat tough, and the risotto was so bland I had to add salt three times to bring out a flavour, which was surprising considering it was meant to have stilton and mint in it. The crispy bacon was so crispy I couldn't eat it. The husband's Veal chop again was very tough, he wasn't asked how he wanted it so for him it was just too raw for. Matilda's fish and chips were excellent, we bought a doggy bag home which she ate up the following day. Chips and potatoes are served with everything (including my liver and risotto which was a little strange), though I'll relent here as they were very good. My salad was also extremely fresh, though under dressed again. Portions are hearty and we nearly didn't have enough room for a pudding, but when I saw Baked Alaska I knew I couldn't resist giving it a try. This was very lovely indeed though again it was a little overdone. Matilda and I devoured it nonetheless! 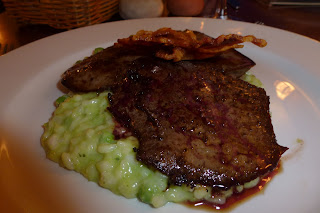 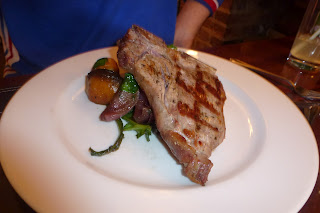 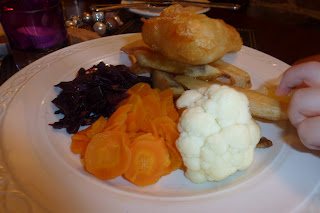 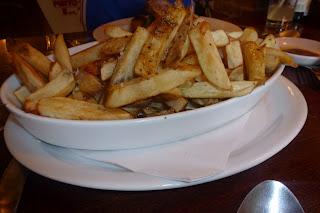 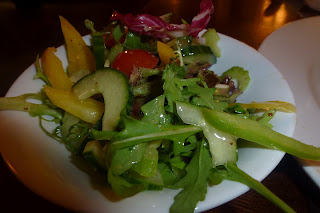 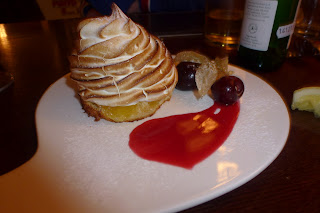 All in all, it was a pleasant experience, from the warm reception to the homemade bread and olive oil that is bought straight to the table upon arrival, to the quirky decorative touches around the pub. It was just a shame that a couple of things slightly dampened the experience.

Nevertheless, we will return to try out the pizzas. Wonder if they'll give the bread a go in that pizza oven too?! 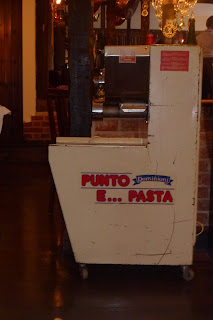