August 10, 2011
There's nothing like a trip to the park to cheer you up when you have a rather over excited toddler in tow. In Fulham we're blessed with some great green spaces that accommodate hundreds of yummy mummies, Nannies, childminders and children day in day out. Four of the local parks received the Green Flag a couple of weeks ago. My nearest one, Bishops Park is undergoing a £7 million restoration at the moment with a whopping £3.6 million grant from the Heritage Lottery Fund/BIG thank you very much to them! The original Urban beach in the park (as shown in the Council's photo below), the ornamental lake and a picturesque bridge leading to the original picnic area are all being restored to their former glory. They're building 3 major play areas and are restoring the wonderful Fulham Palace Grounds. The Fulham Palace moat, also thought to be the oldest moat in Britain will be partially excavated after it was sadly filled in in 1921. It's a exciting development for us locals and I can't wait for it to be finished in the Autumn.

The photo below I took last Autumn whilst out on a walk with Matilda, the light was so beautiful fighting though the mist and the trees. 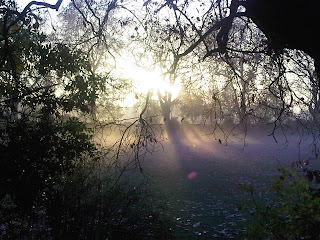 Bishops Park was opened in 1860, the land was donated by the Ecclesiastical Commissioners on the condition it would be maintained as a public recreation ground, the park was extended in 1894 opening again in 1900 with Pryors Bank and it's gardens, next to Putney Bridge, now immersed in the Park. Fulham Palace's Gardens are considered to be one of the most important Botanical Gardens in the UK with exotic species such as tulip, walnut, maple and cork oak trees. The most impressive tree for me is the 500 year old Evergreen oak opposite the palace itself, I used to love to take my revision books there when I was at school. In my early teens I flirted with the idea of becoming an artist so I'd take my watercolours and paint for hours. I still have those paintings somewhere, I must dig them out.


Now my little girl loves nothing better than being allowed to roam free there, she runs around the lawn, under the trees, goes exploring in the bushes desperately trying to catch the squirrels.  Children happily share their toys and footballs, mummys hang out under the tress having coffee and picnics. It's perfectly idyllic for London, you look around and you can't see any other buildings, only the faint sound of the traffic lets you know that you're in the centre of town 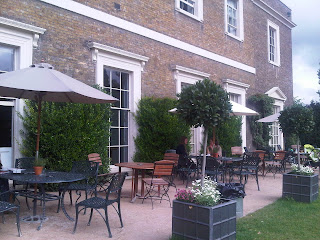 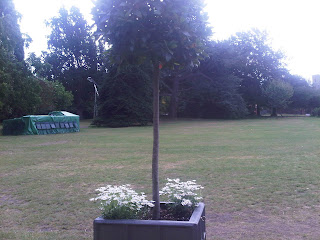 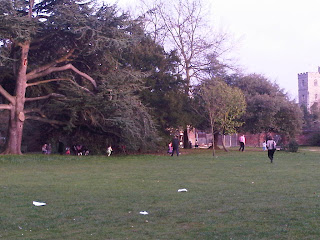 Bishops Park holds many warm memories for me, it's where I used to swim in the lake, rode my bicycle, played in the giant sandpit, hung out as a teenager on the swings, listened to Billy Bragg in concert, watched the Boat race and finally, had the best ice creams from the ice cream van. It's always been very much a part of my life, sunbathing in the summer and going to see the fireworks on Bonfire night.  It's lovely for me to able to pass that heritage on to my little girl who clearly loves it as much as I do. 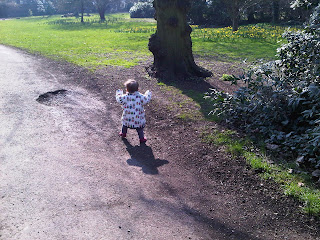