A day trip to the Seaside, Southwold Suffolk

February 22, 2015
Apologies for the radio silence over the last few weeks, Matilda had a perforated ear drum then I was struck down by a rather nasty bout of tonsillitis which had me bedridden, not to mention the sickness bug that hit the husband..sickness persistently invaded our home leaving us without much fight to shake it off. Half term then began in full force, as well as keeping up the day job which hit a brilliantly busy month! So I'm afraid the blog has suffered but I'm determined to remedy the situation in the coming days, so here's the first of our half term adventures.

With a promise of sunshine we set off yesterday morning in the cloud and rain to the pretty coastal town of Southwold. The husband and I celebrated our first wedding anniversary in a picturesque little cottage nearby so this area holds a special place in our heart. Now being based in Cambridge we're thankfully a whole lot closer to this heritage coastline, in an hour and a half we were feeling the sand underfoot and taking in the fresh sea air. 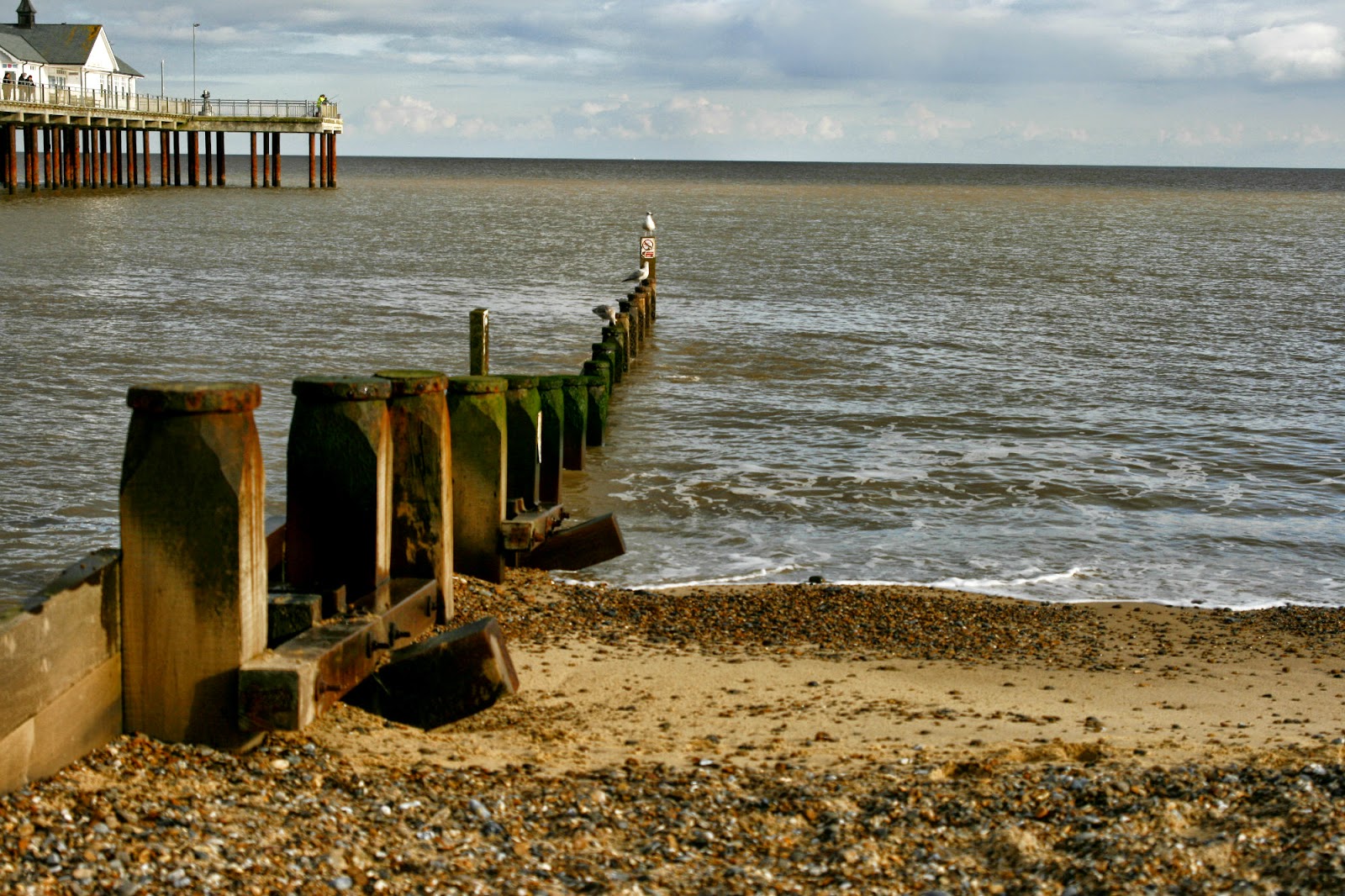 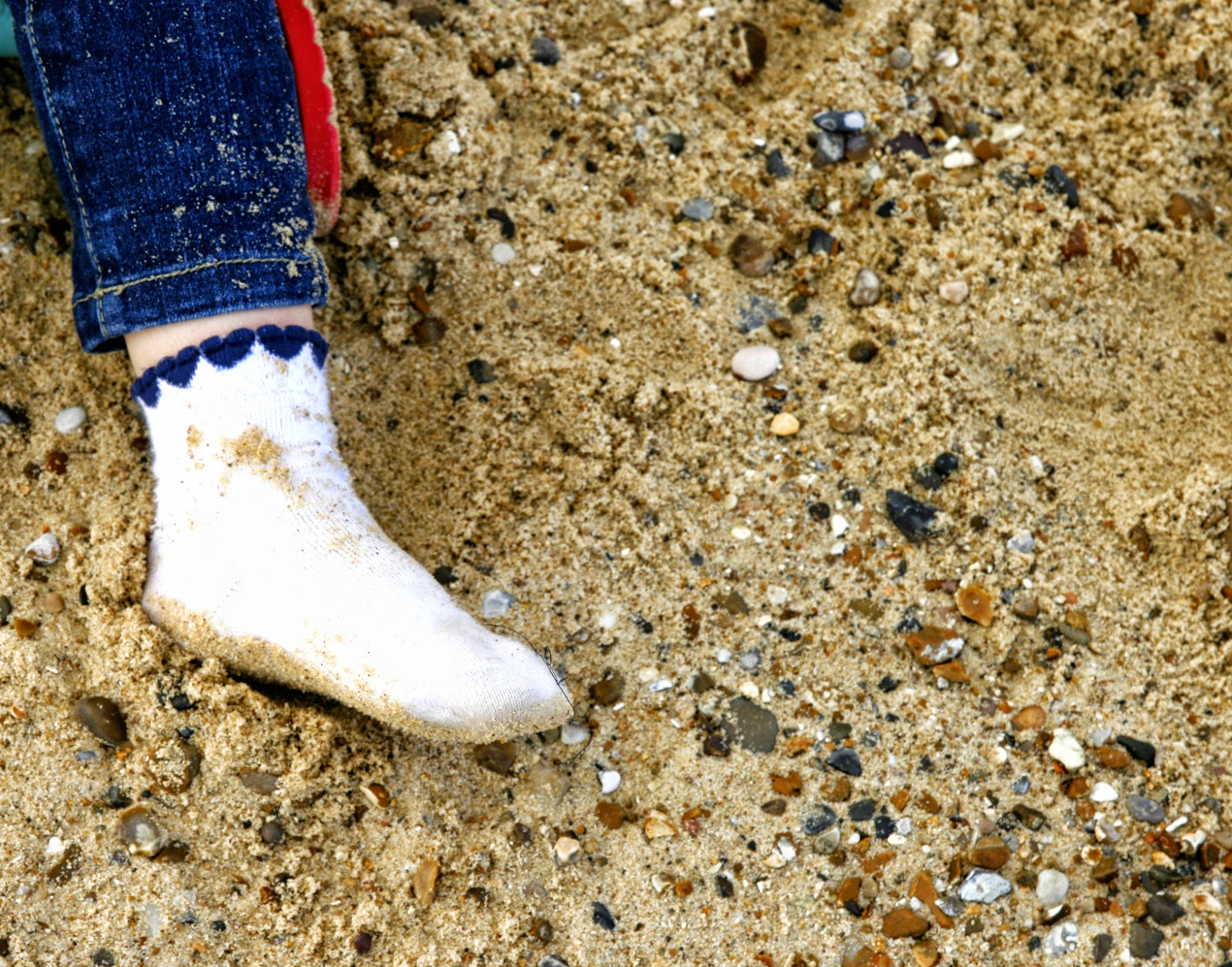 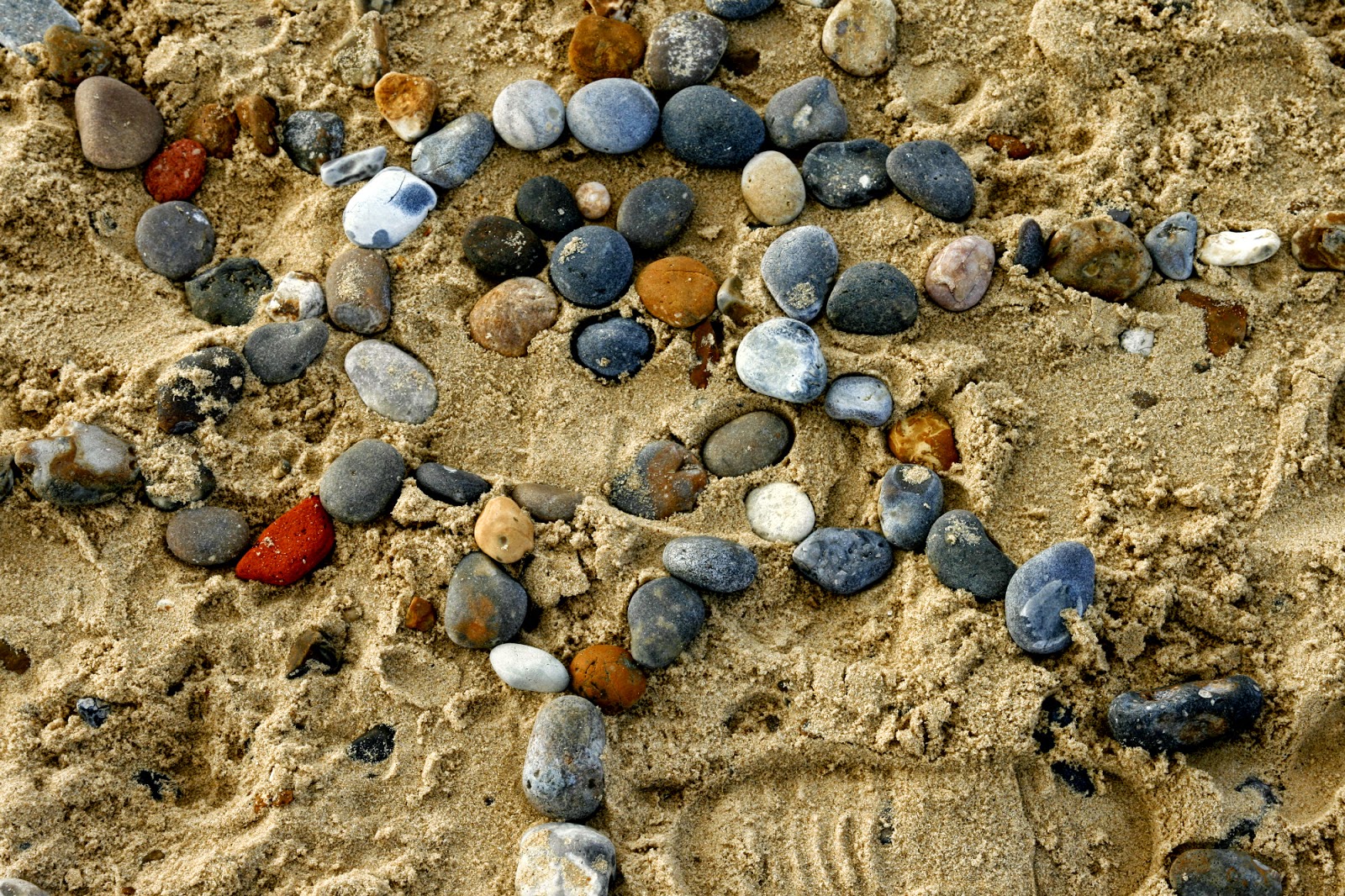 Thankfully the sun won the battle for a while allowing us to have a play on the beach and a good wander around town. Lunch was posh fish and chips at the light and jolly The Boardwalk on the Pier. Southwold Pier has got to be one of the classiest piers in the country, with only a hint of fruit machines here you'll find a pretty ice cream parlour and sweetshop, lovely gift shops selling local crafts and books with a seaside theme. 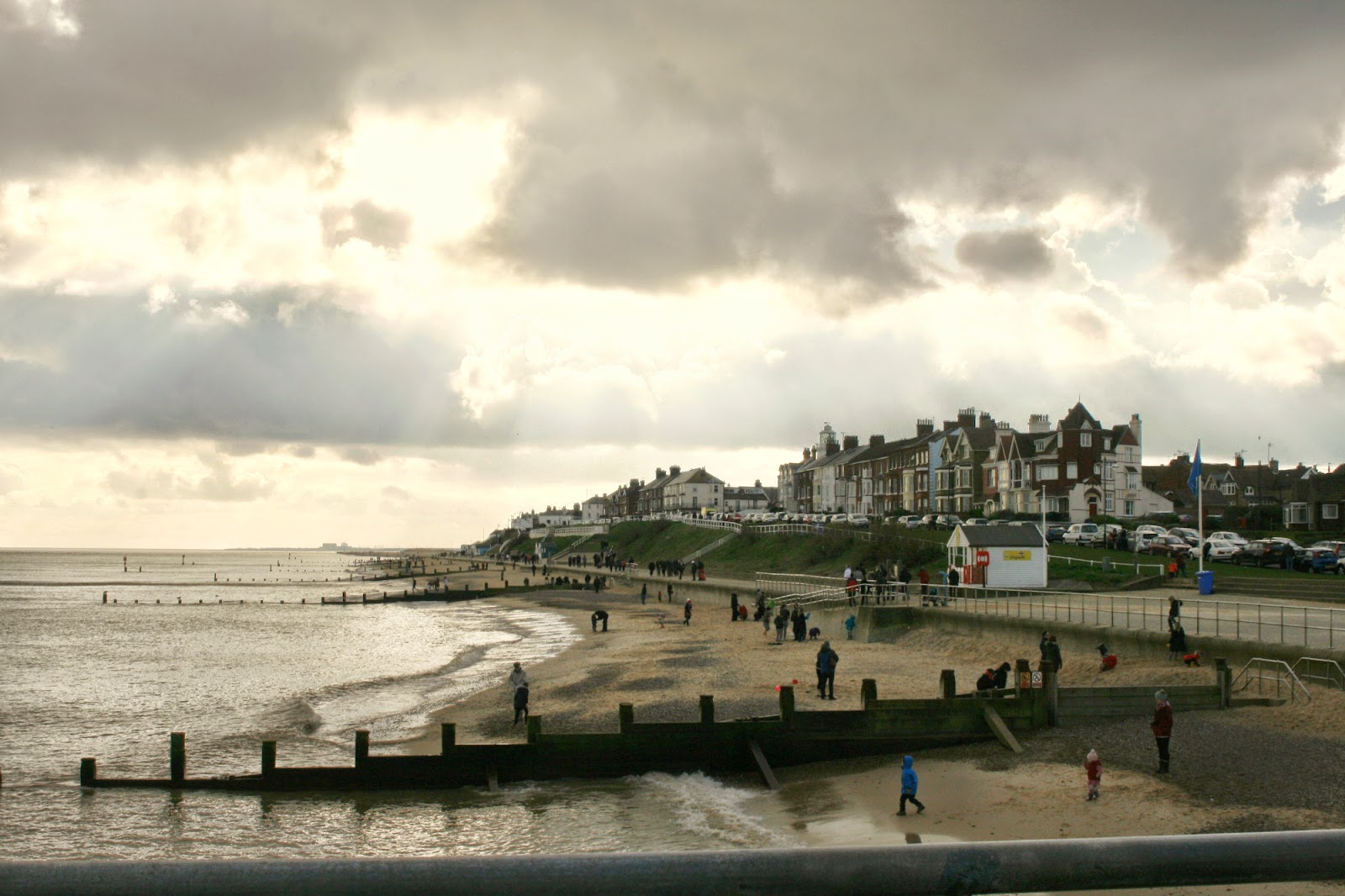 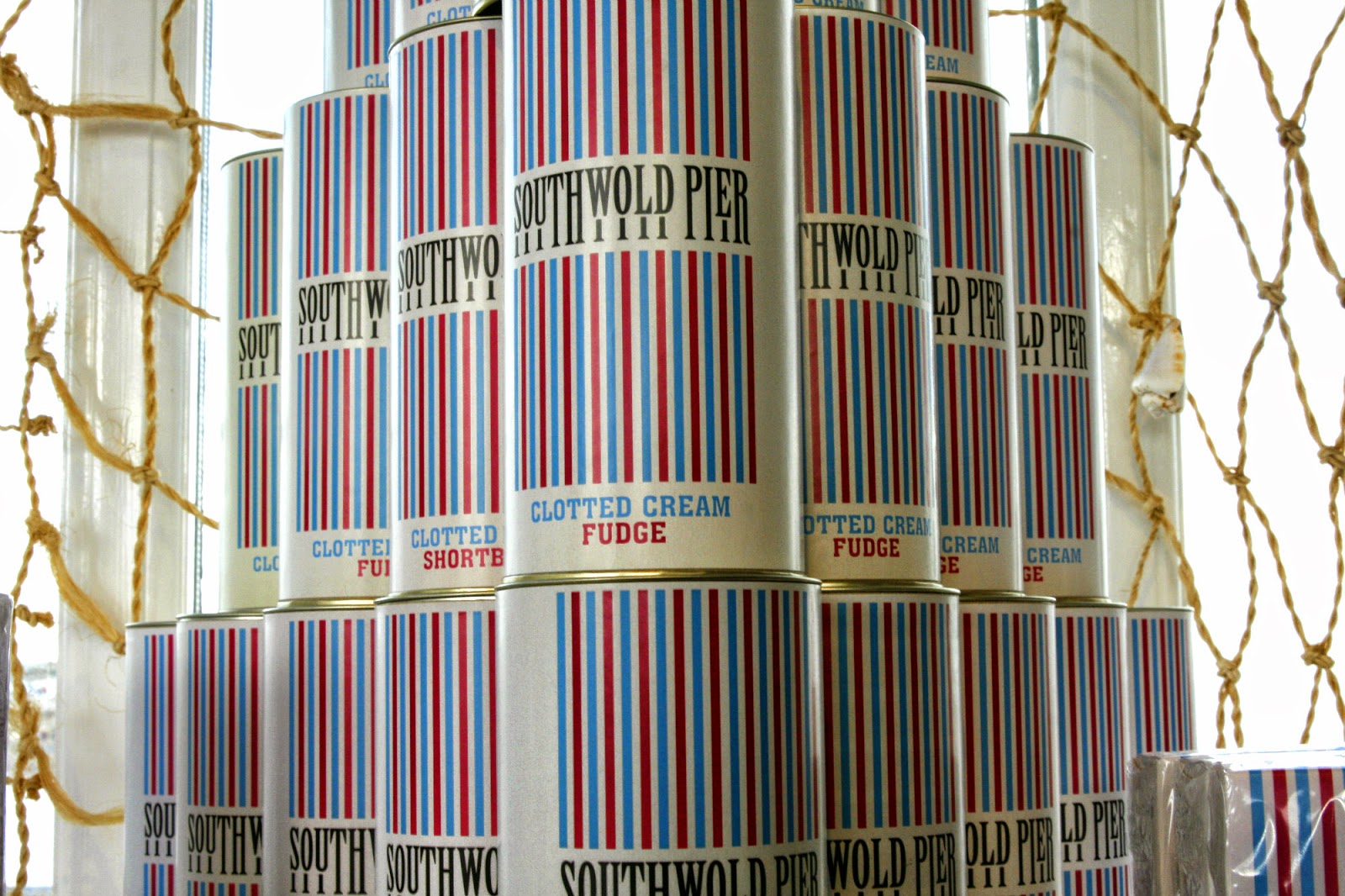 The big attraction of Southwold are the pastel coloured beach huts that normally line the beach during the Summer months. Through Winter they're moved up to the car park to keep them safe from winter storms and at £75,000 each brand new I'm not surprised! I do dream of one day being able to afford one of these but in the meantime I guess I'll have to make do with a model one... 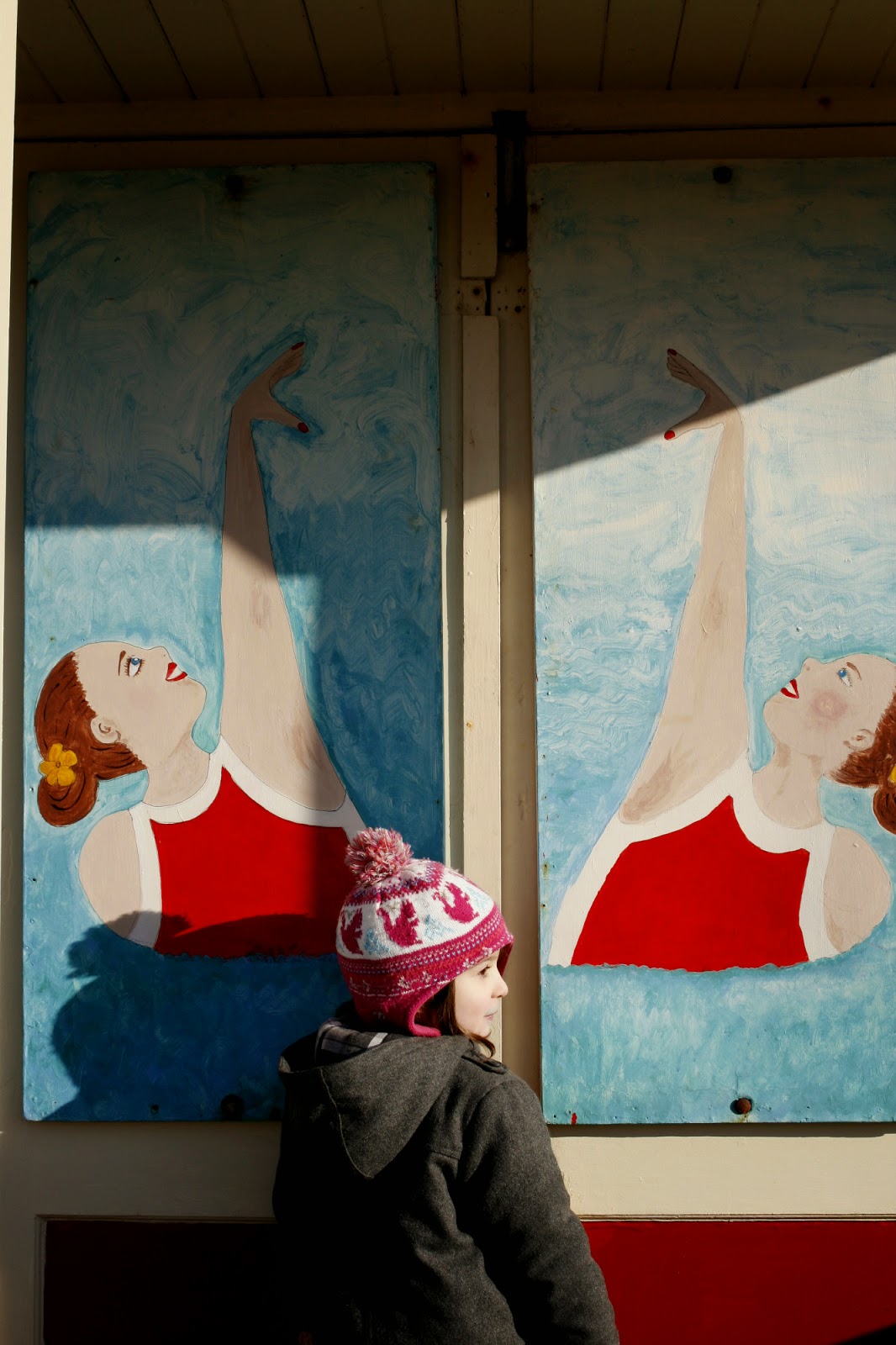 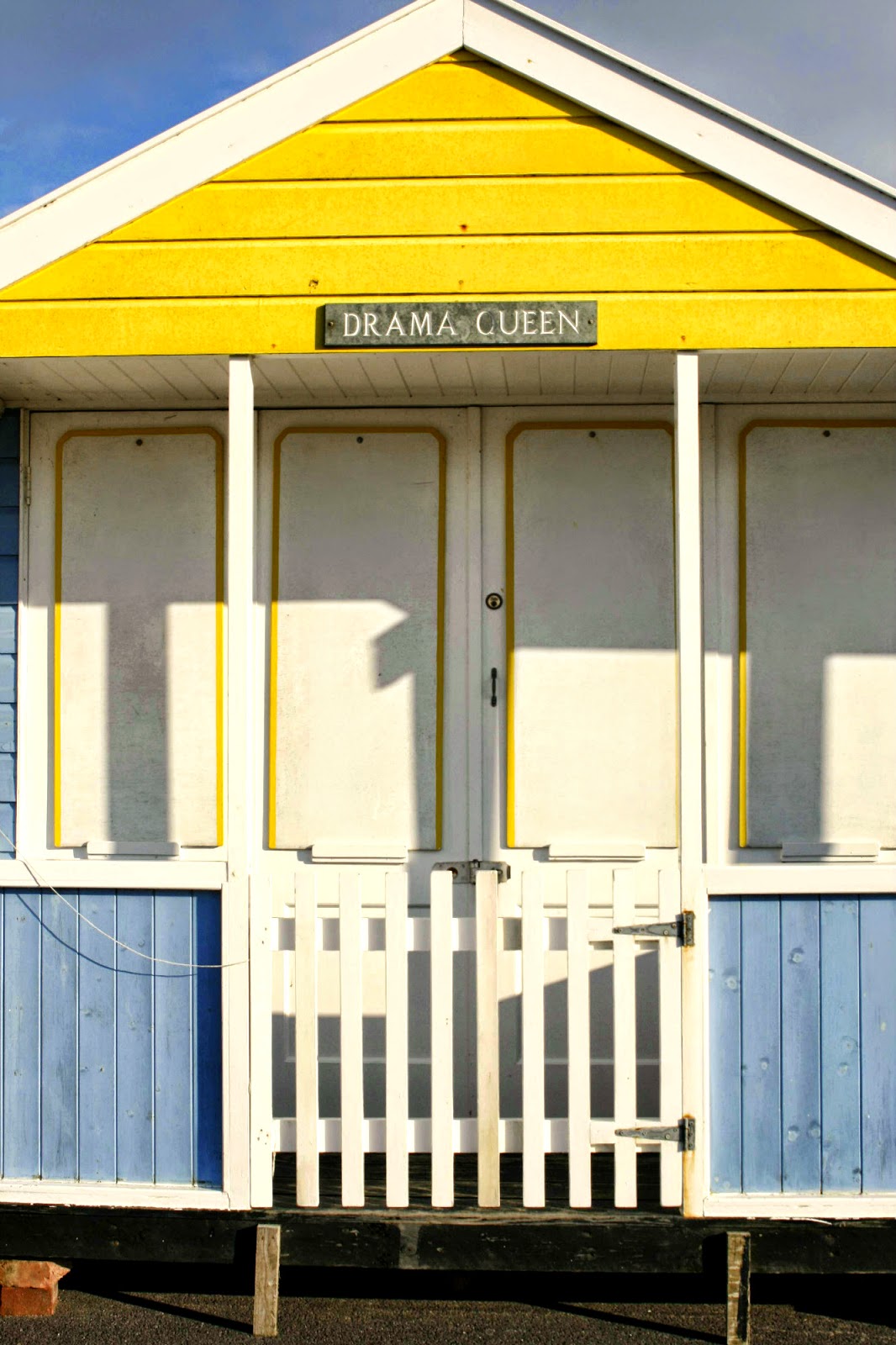 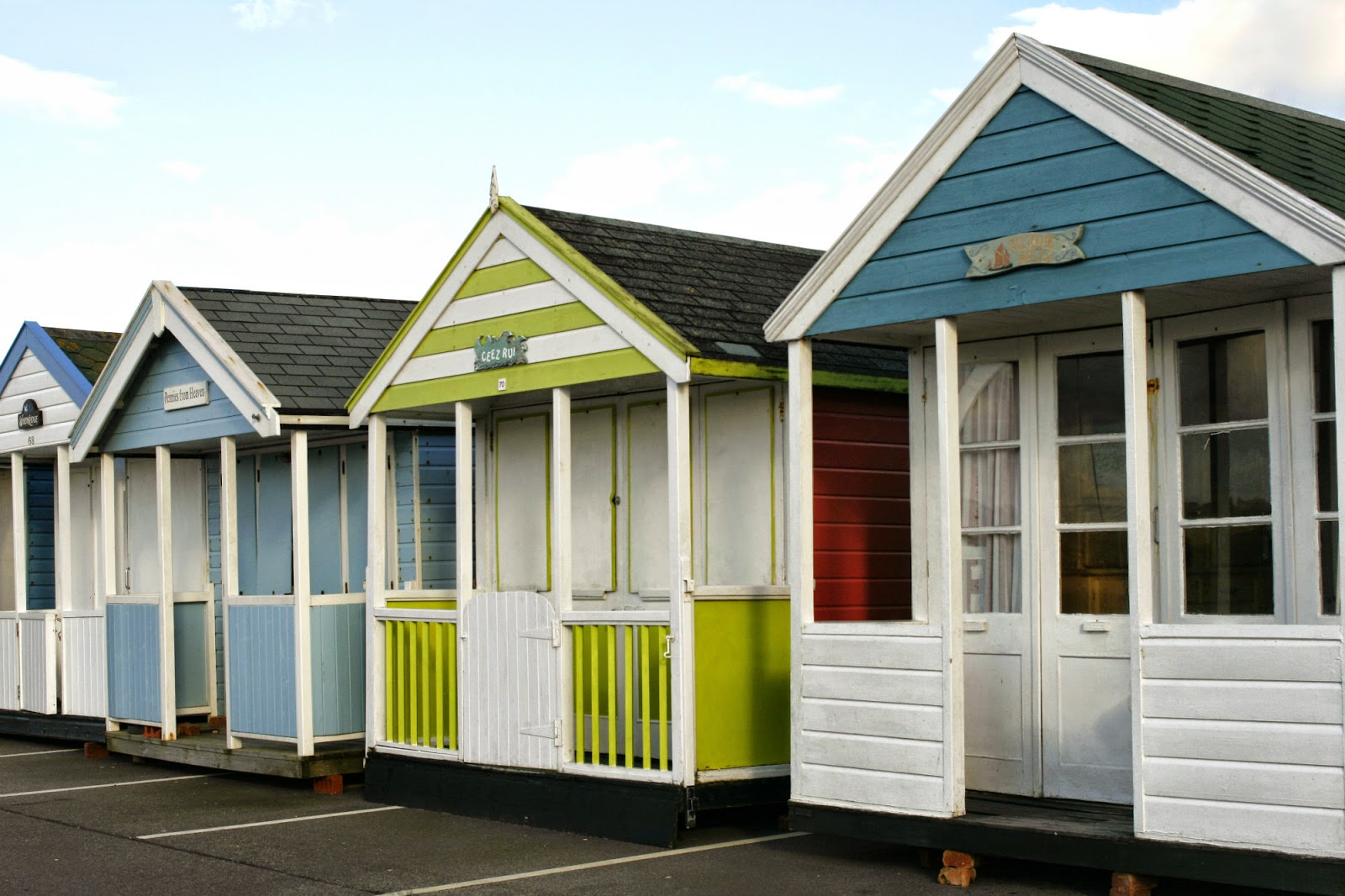 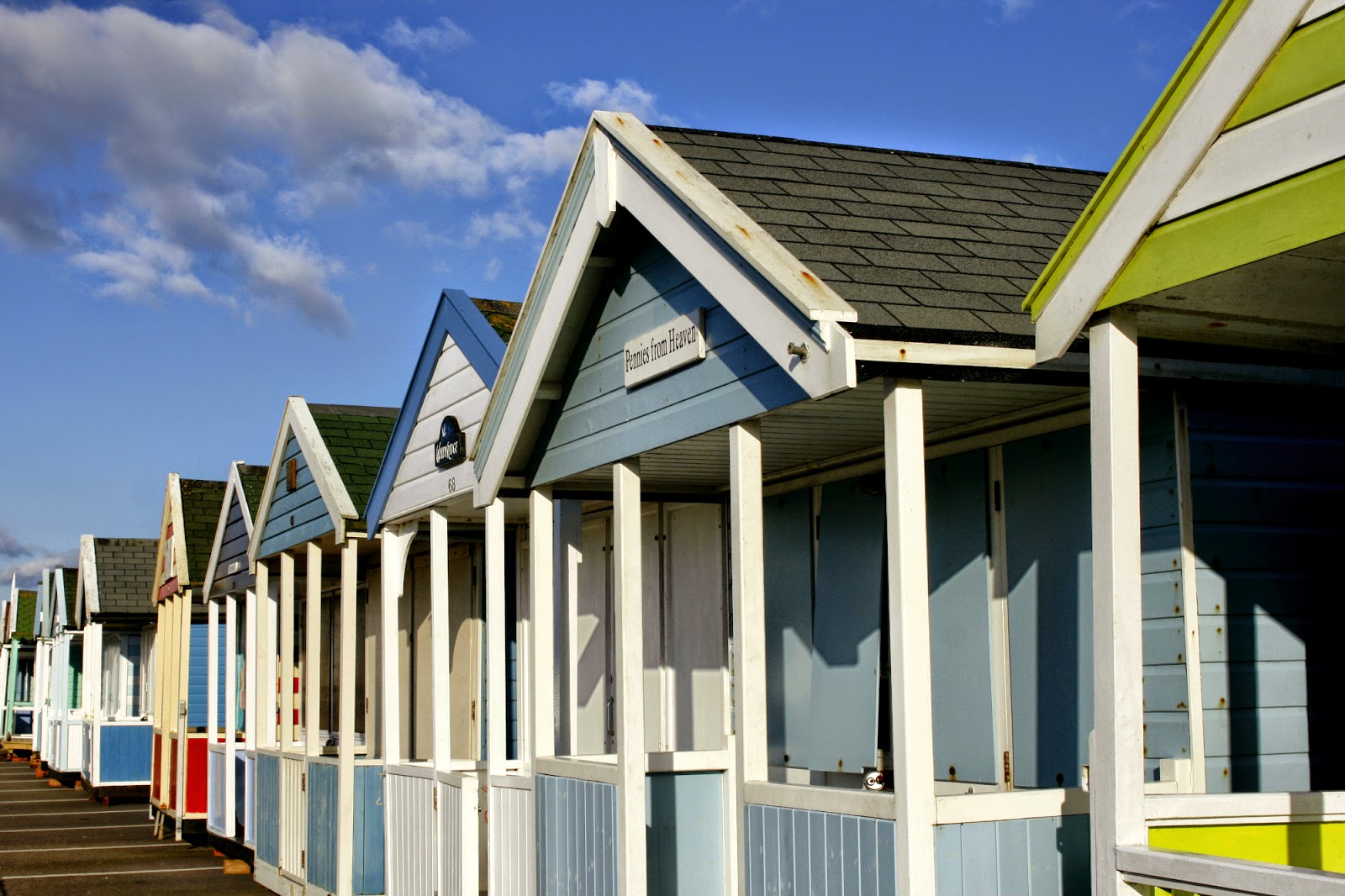 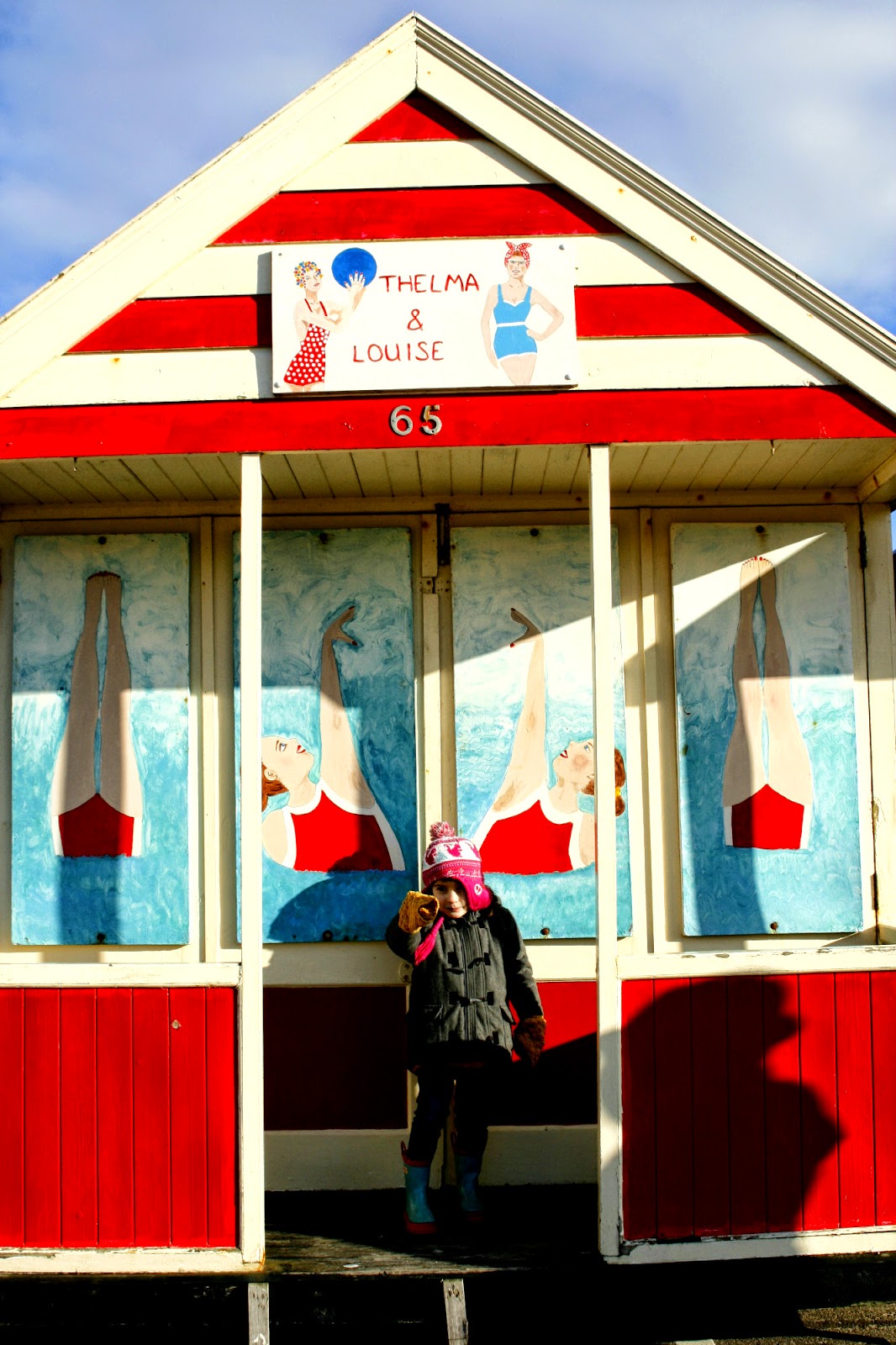 Matilda claimed on her way home that she'd had the 'best day ever' and that her favourite moment was having the 'bubblegum ice cream', after weeks of being practically housebound being out in the fresh air with a change of scene did us the world of good. There's nothing like staring out to sea on a chilly day to blow away the winter cobwebs and welcome the promise of Spring 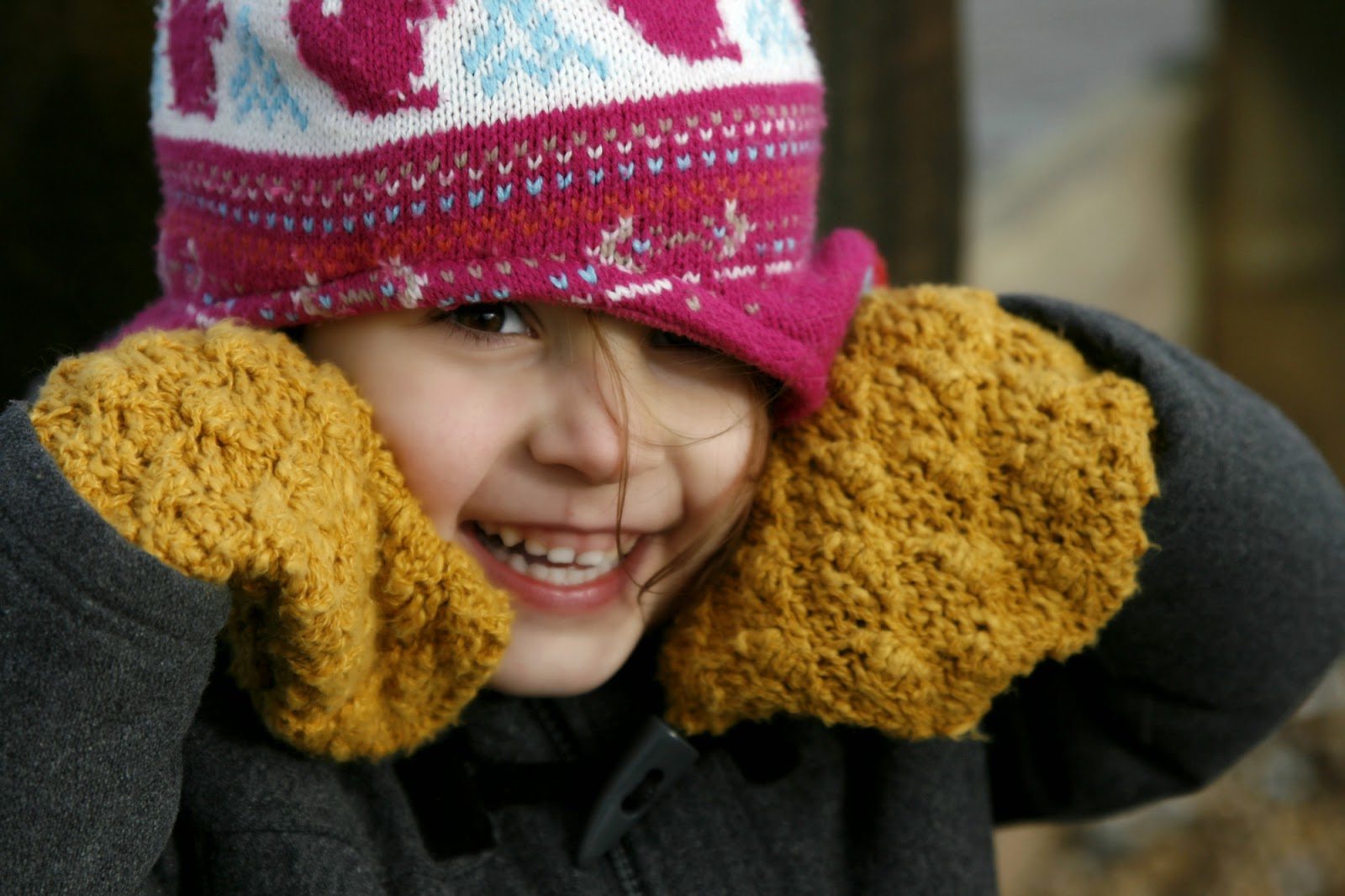