The marvel that is Richmond Park

November 06, 2013
Today's journey to work took me through the joyful Richmond Park. Even in the misty rain the majestic park holds such mystery to me. The second largest London Park after Lee Valley Park, amazingly at it's highest point on King Henry's Mound you have a clear view of St Pauls (on a sunny day of course!).

The Park is home not only to the elegant dancers of the Royal Ballet School but also to a large herd of Reindeer. I never tire of looking at their graceful majestic walk as they preside over their territory. Hard to imagine that it was once a hunting park for Charles I, who escaped the plague in London and settled with his court at Richmond Palace. 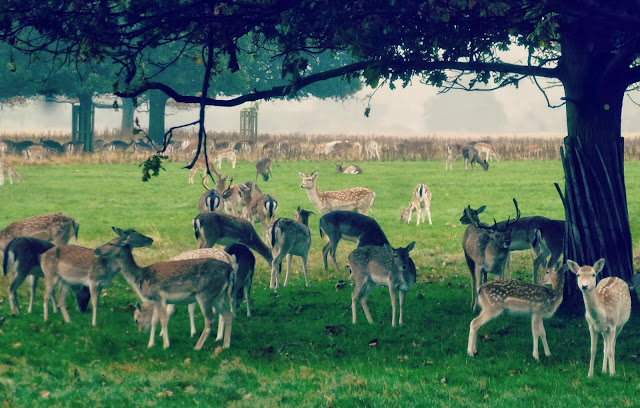 Today the park is an intrinsic part of London life, traffic, cyclists, walkers, children and dog walkers cross it's paths day in day out taking in it's breath taking beauty. 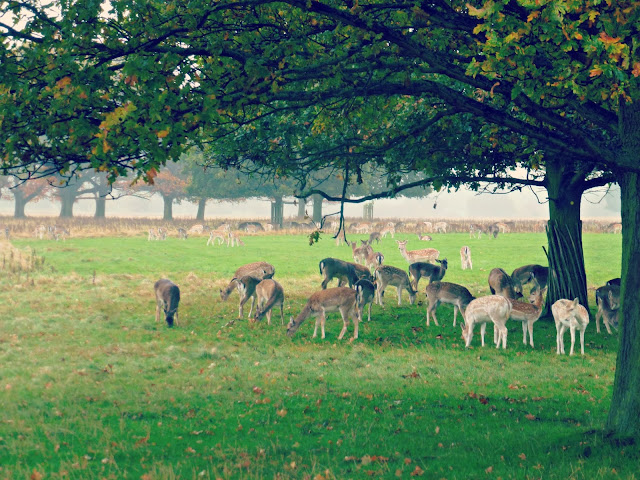 I had Matilda with me today in the car as she was being dropped at a friend's, and as luck would have it there were no cars behind us so we could stop to observe the herd up close. Matilda was entranced by them analysing their every move especially the younger ones, feeling sad for the odd lone deer sat staring out over the distance... 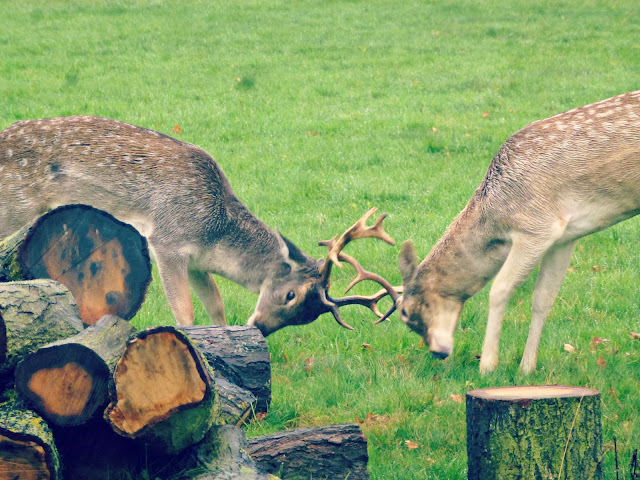