For Matilda from Daddy and Papa Jonny

October 22, 2013
One of the main reasons for this blog was to record my life with my daughter Matilda. I'd like for her to go back when she's older and read about our adventures and hopefully recall some of those experiences. We are struggling to explain the loss of her beloved Grandfather Papa Jonny, in fact yesterday she said 'I'm going to fly and fly and fly to Papa Jonny'. She repeatedly asks why Papa Jonny has died and why can't see him any longer. Tis a difficult enough concept for us adults to comprehend let alone a three year old. After one conversation about him she said 'I'm going to think about Papa Jonny in my dreams'. A lovely idea.

I was extremely proud of the husband last week at the funeral, he wrote and delivered his Eulogy beautifully. We wanted to publish this for Matilda so in the future she can read about her Grandfather, in the hope she'll realise how many lives he touched and how much of a character he was. So here it is in it's entirety. Remember Matilda, Papa Jonny will always be looking over you:


Bjg John, Snaky, and more recently Papa Jonny my father was known by several names.  Like characters from a book

Like characters in books, we all probably like to see our lives as stories and if a person survives a significant span of years there is every chance that his or her life as a shapely story has ended.  All that remains to be experienced is epilogue.  Life is not over but the story is.  My father did not believe in epilogues.

In the great tradition of the westerns that he enjoyed so much, he believed that once all deeds have been done the only thing left is to ride off into the sunset.  Which is why as much as it was a shock to us when our father passed away it was no surprise he went the way he did.

What stories are there to tell. Jonny the sailor, getting detained six weeks in Canada for smuggling. That will forever fuel Matilda's belief that Papa Jonny was a Pirate.

Jonny the footballer who had trials for West Ham, where he played against Jimmy Greaves. Who once managed World Cup hero Alan Ball. Albeit in a charity friendly for the Panfield Bell against a team that had Orinoco Womble in their line up

Jonny the rock 'n' roller who roadied and acted as bouncer in early days of the Small Faces.  Whose main concern he wanted allayed whilst going through Chemo was that he would still be able to watch Bruce Springsteen.

What of Jonny the man. Perhaps affectionate is not a word too freely associated with him but he was a generous man. I am sure there are quite a few people here who have benefitted from the man's generosity.

He had a great work ethic and cared deeply for the company he built up. Even before he was taken ill we would ask him to loosen the reigns, take more time off but he felt honour bound almost beholden to the responsibility he had to his staff.

Was he a tolerant man. He once said to me about homosexuality "I don't mind gays when they just get on it, it's just when ram it down your throat that it annoys me. Apart from the interesting turn of phrase it shows another of his defining traits. What you see is what you get.  Most people who know him as uncompromising (to those close to him that would translate as stubborn) but to others that was part of why he was liked. He was who he was, there was no pretence you took him for who he was and he could get on with anyone, away with almost anything and generally in a pair of three quarter length trousers.

That level of respect an feeling has been especially poignant since his passing with the amount of tributes and condolence messages we have received from across the building trade, old friends, some who have come out of the blue. My sister and I would like to thank you all for your kind words.

Wherever my father went you seemed to know about his presence.  Even as a child when playing football he would occasionally turn up to watch (unofficially coach) and you knew he was approaching by the collective groan of “oh no it’s Cockman’s dad”.   You used to hope that you would be on the opposing flank to which he was approaching  as you knew you would be called into account. Football always seemed to be our safest and most common ground.

As I got older naturally you start to rebel against your parents. our differences in opinions and taste grew further apart and I moved further away. We still got on It was probably not until the passing of my mother that we got closer again and found more common ground to relate to.  There was always football to discuss and then came music and films and eventually Matilda.

Despite the differences in tastes and geography there was always seemed this great bond.  He would eventually  say words to me or I'd be told things via other peoples lips that I wish I’d heard earlier, more often or directly. That was simply because he was not an emotional guy more the strong silent type or the joker in the pack. So he would probably wince at the thought of saying out loud what that bond was all along.  Love

Love is an abstract noun, as it is something that we can't touch yet we can feel it and in the end  turns out to be the only part of us that is real.  Especially now as our world has turned upside down and the screen has gone blank. We can't tell if it will survive us.  But we can be sure that it's the last thing to go.

So Pirate, Rock 'n' Roller, Footballer, many roles but luckily for him he was never known as a Cowboy.

Of course the role he enjoyed most was the one of a grandfather.  Foolish though it may seem, I hope in some way he can hear these three girls, across the infinity between the living and the dead..
And if he could hear, he would recognise their distinct voices, the sound of hope and new beginnings with all the innocence and freshness they still have to offer this world.

He is not a religious man so let's not say he is in heaven but some place where everything is beautiful and nothing else hurts.

See you around snaky 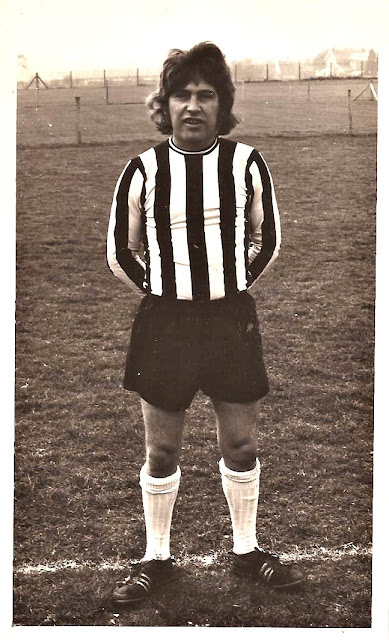