Peter and Alice at the Noel Coward Theatre

Rarely does one feel so part of such a unique theatrical experience, like someone has let you in to a little secret that no one else knows about. Sadly I can count the number of those such occasions on one hand, the only other time I came out of a theatre so overwhelmed was the 2003 production of Martin McDonagh's The Pillowman at the National Theatre with David Tenant and Adam Godley. We were extremely lucky to have a couple of clients in it, so I was able to see it numerous times. I never got bored.

It is so rare nowadays to see a show where the writing, direction, design and acting work so intrinsically together to create a momentous work of art . Comments after a show tend to range from 'the acting was good' or ' the writing was great' 'wasn't the lighting good?'  However Peter and Alice currently playing at the Noel Coward Theatre, as part of the Michael Grandage season, is one such work of art.

The tour de force performances from Dame Judi Dench and Ben Wishaw blew me away across the world and back again. The two actors; one nearing the end of her career and the other merely at the beginning, they were unquestionably Alice and Peter. Ben Wishaw held his own opposite La Grande Dame de Theatre, both of them giving staggering and emotionally exhausting performances. 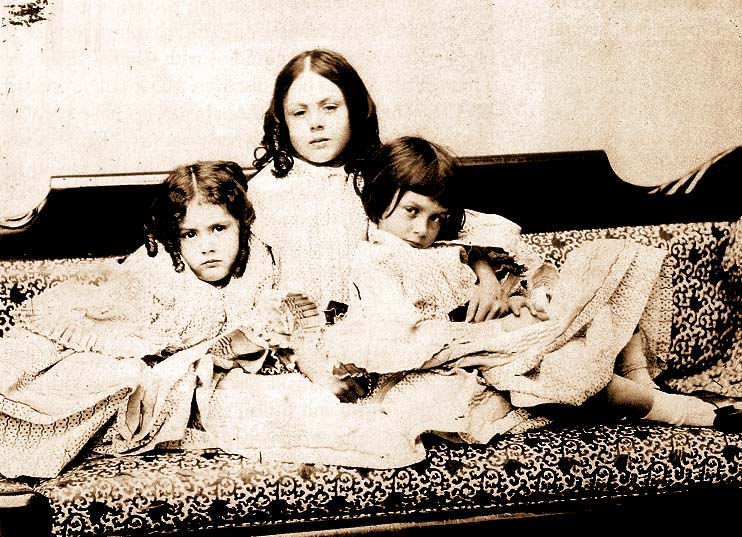 Alice (on the right) with her sisters image from brainpickings.com

The play imagines the conversation that took place between these two invaluable contributors to children's literature. Their respective stories are achingly sad, she died a sad lonely woman and he threw himself under a train at Sloane Square tube station. Both fought their association with these characters but were tainted and haunted by their fame.

The play focuses on the consequences of childhood on adulthood, the one line that struck me most was “When I look at my own children, Mrs Hargreaves, I think… I think I know what childhood’s for. It’s to give us a bank of happy memories against future suffering. So when sadness comes, at least you can remember what it was to be happy.”. A wonderful mantra for all parents of young children. Children won't remember that new iPad game they were given for Christmas but they will remember long days on the beach, exploring the woods, family dinners and above all being loved. These memories will ease them through the endless trials of adulthood.

The play is set in an old bookshop store room with the two protagonists waiting to go on display in front of an CS Lewis convention audience.What follows is a magical insight into their world and the characters they inspired, with appearances from CS Lewis and JM Barrie, as well as Peter Pan and Alice themselves. The set is perfectly whimsical reminiscent of old school productions with painted wooden backdrops, complete with a flying Peter Pan and Alice's looking glass. You are drawn in to a child's world full of fantasy, stories and magic. 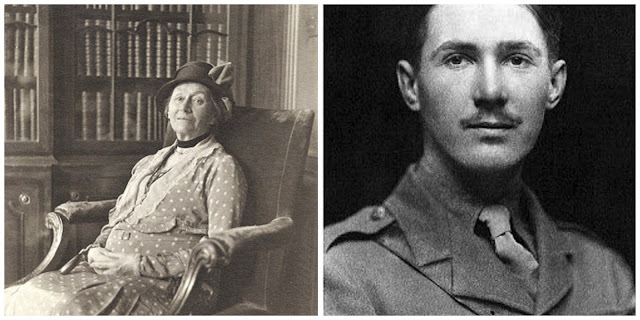 Most of the audience including myself were moved to tears by the exceptionally powerful speech delivered by Ben Wishaw about the pain encountered throughout  his life. Heartbreaking, inspiring and moving all at the same time. As an audience member you run the whole gamut of emotions whilst being whisked away on their bewitching journey.

Beautifully and subtly directed by one of my favourite directors Michael Grandage, this production is a sensitive, profound portrayal of two lost children that will undoubtedly make theatrical history.