December 04, 2012
Apologies for lack of blog in the last couple of days. It's taken me this long to recover from Matilda's birthday! I spent 2 days cooking, baking, putting up decorations and tidying up. You know how it is with a toddler, you tidy up one minute and it's devastation the next. It's a constant battle that I seem to be losing out to her...

Sunday was Matilda's third birthday and her choice of party theme was Kung Fu Panda. She has developed, what I am beginning to feel, an healthy obsession with the movies. Yesterday someone asked me her name to which I replied Matilda, she corrected me saying 'No Mummy it's Tigress'. Mmm time to retire the DVD's me thinks. 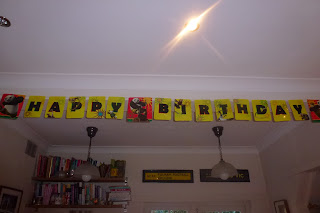 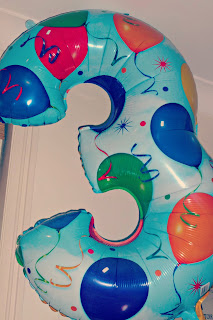 She had 8 of her little friends over and the husband dressed up as Kung Fu Panda. Mostly the children loved him, one even went home to her Granny to boast of the Giant 'talking' panda at Matilda's party. Sign of a successful Panda! Despite the fact she caught him drinking a beer! 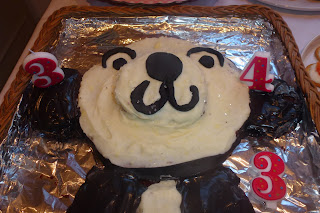 My attempt at a Panda cake for both Matilda and the husband (whose birthday it was last Wednesday). 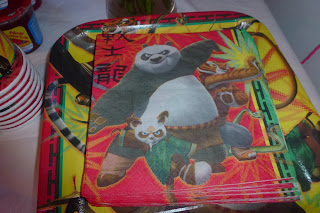 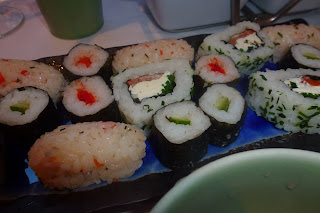 It was a great afternoon, games were played whilst the adults ate and drank Prosecco. Though the most important thing for her was that all her friends were there for the afternoon. When I asked her yesterday what her favourite part of the day was, her reply was 'having all my friends at my house'. By Sunday evening she was exhausted yet exhilarated. It was really the first year that her birthday really registered with her. She'd been to a few other parties so was super excited about her own. Though she was just a little bit upset at Pass the Parcel when she didn't get a chocolate, as she was the last one with a lot of pencils to distribute to everyone, so she missed out on the chocolate round. Then when I was handing out the party bags she became terribly upset when there wasn't one for her. So in future prepare a party bag for the birthday girl too. 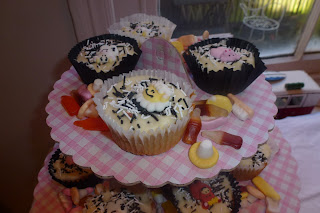 I guess next year we'll learn from our mistakes and will try get it right all round!