A night out at the Mall Galleries and Polpo...

September 27, 2012
It doesn't happened as much as it used to, going out in town after work during the week. There was a time when I was out every night of the week except Sundays, through work or just catching up with friends.

These days though with a toddler in tow and working from home, it's not often I get to go into town at night (though I have been to the theatre twice in the last week, so really shouldn't be complaining). Last night I met my gorgeous friend Fiona and we headed to the Mall Galleries to attend the Private view of the Threadneedle Prize  finalists. As I left Embankment tube station I took a deep breath as I felt a wave of excitement take over. Walking through Trafalgar Square, it was almost like I was seeing it for the first time. Living and working in town when you're rushing from place to place you can forget just how beautiful London is. I was guilty of that when I worked as an Agent rushing from the office to a first night or to a lunchtime showcase and back to the office. I never stopped to appreciate my surroundings. But last night I felt like a kid in a sweet shop.

The Mall Galleries were heaving with the overspill taking over the wide pavement outside, lots of chatter and drinking of wine whilst discussing some rather fascinating work I must say. 144 artists were represented at the exhibition though only 6 will make the final edit. My particular favourite was a huge canvas of the Olympic Stadium just before it was finished by an artist called Jeanette Barnes. Drawn in black charcoal on white it was striking, bold and I wish I could have bought it home with me. Sadly at £14,000 it was beyond my budget.

Dinner was at Polpo in Maiden Lane. Thankfully we only had to wait 20 minutes for our table which went in a flash once our bottle of wine arrived. I still can't get  over how inexpensive it is despite the location and, more importantly, the quality of the food. We had the arrancini, sliced flank steak with rocket and portobello mushrooms, cod cheeks in lentils and an olive and anchovy pizzeta. Delicious, delicious but our favourite was the steak. It was perfectly cooked with the portobello mushrooms soaking up the juices from the steak, heavenly. No room for pudding just more girlie gossiping and wine.

I went off home afterwards feeling refreshed, revived and happy to have spent a few hours talking nonsense with a girlfriend! 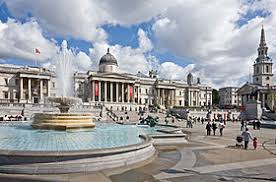