August 21, 2012
My big treat last weekend was lunch at the River Cafe in Hammersmith. I'd been wanting to go for years but have never got round to it, so my darling husband decided to book my birthday lunch there. Having checked the weather reports religiously he called to arrange a table outside facing one of my favourite sections of the Thames, the Harrods building. 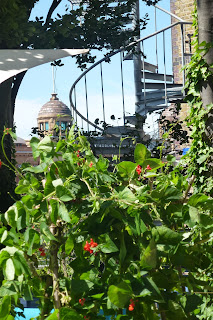 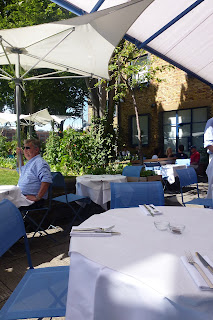 The River Cafe was started by the now deceased Rose Gray and Ruth Rogers in 1987, earning a Michelin star in 1997. The Cafe was originally started as a canteen for the Architect firm just opposite, extraordinary how it has gone from strength to strength and so influential. It has been a springboard for many well respected Chefs including its most famous alumni, Jamie Oliver. Interestingly, it's very easy to see now where his influences have come from after having eaten here, the kitchen is open plan where the gleaming white wood fired oven takes the throne. The style is warm and relaxed, there are no pretentious or snooty waiters here. 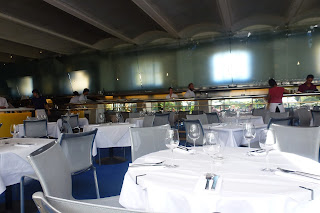 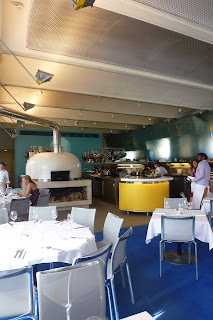 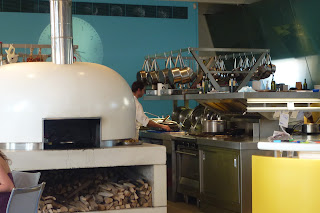 The quality of the ingredients are undeniably of the highest calibre, cooking here is slow and well thought out. However, like so many others I do believe it is overpriced particularly when comparing with other London restaurants of a similar quality. Nevertheless we had a fantastic lunch. We kicked off with a fritata which was delicious, the girolles were meaty and perfectly cooked enhanced by the woody fresh thyme and light creme fraiche. Our Primi, rotolo di spinachi was a homemade pasta roll stuffed with spinach, buffalo ricotta, summer giroles and sage which was without a doubt my favourite dish of the lunch. Each bite sent me into a blissful state of nirvana. I exaggerate not, I could eat this every day of the week and not tire of it. 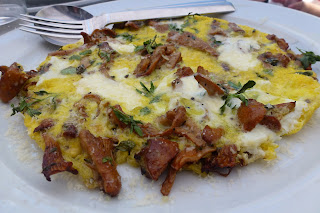 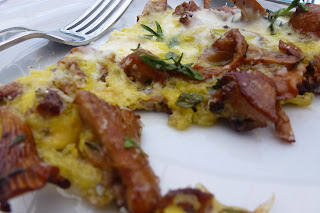 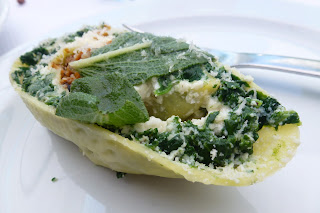 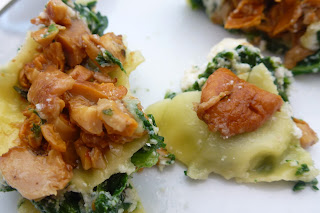 For Secondi, I had the wild salmon baked in a salt crust accompanied by woodfired roasted peppers, tomatoes and aubergines with a light basil oil dressing. Gently cooked the salmon fell apart with each mouthwatering bite. The vegetables had that lovely smoky taste coupled with a sweetness reminiscent of wood fired barbecues at my Grandparents farm when I was a child. The husband chose incredibly well opting for the Grouse which was simply out of this world. It had obviously been marinating for days in a rich wine, the meat was succulent, melt in the mouth tender. Ruth and Rose's sourcing mantra has certainly paid off for each ingredient in every dish is clearly the best you're ever going to taste. 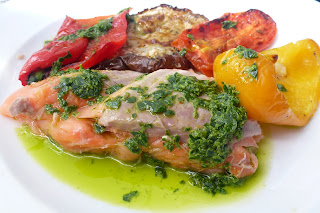 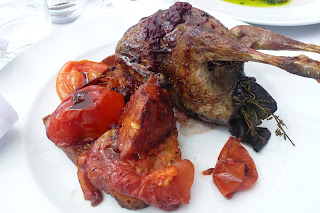 We were just too stuffed to go for a blow out pudding so settled for sharing a homemade raspberry and strawberry sorbet, perfectly tart and refreshing on the hottest day of the year! Matilda had a wonderful vanilla ice cream in a cone which she devoured in no time after having left most of her penne and pomodoro. Her dish was not on the menu but when I asked if the waitress if they could do a simple pasta, she immediately said yes, nothing seemed to be too much trouble. And at £7 it was a bargain! She and her little friend polished it off later that evening for dinner. 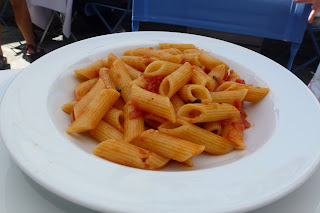 We had a fabulous lunch in a perfect setting. The terrace surrounds a pretty lawn ideal for young children to run about in allowing their parents to enjoy their food and wine whilst keeping an eye on them. They also have their own vegetable garden filled with tomatoes and courgettes amongst others. Tis a shame the prices are so prohibitively expensive to make it a regular temple of foodie worship. Comparatively the Prosecco was only £30 per bottle cheaper than any of the wines, so if you like sparkling wine then go for it as it was light and fruity, a really good drop. I could quite happily eat here every weekend but, unless you have a bottomless purse or company expense account, then this is somewhere reserved for a very special occasion. I'd definitely recommend the experience. 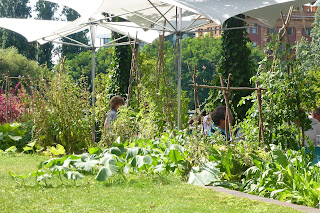 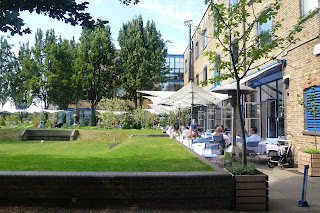