The Beaches of Cornwall

August 01, 2012
Nothing had prepared me for the breathtaking beauty of the Cornish Coastline. Granted, the glorious weather aided the glistening turquoise blue sea whilst enhancing the white sands, but wow I was left speechless. 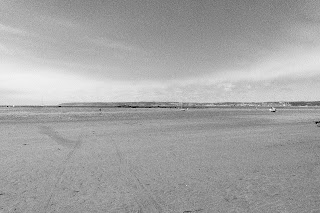 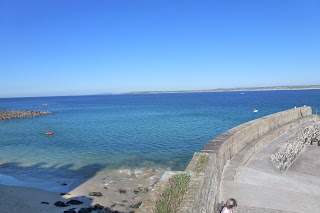 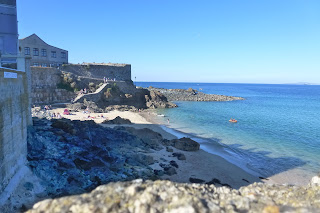 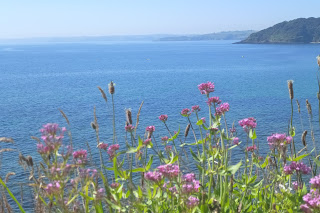 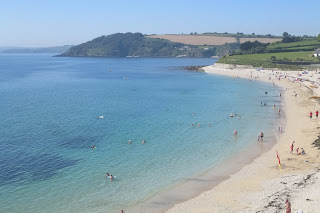 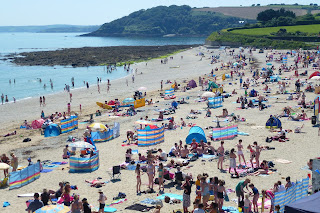 Beaches range from long, seemingly endless stretches of sand to high rocky cliffs. They are majestic and sweeping engulfing those that occupy them. I was struck by the rugged, spiritual landscape, the small paths of dizzying heights that led down to magnificent beaches. I was told by one local that there are over 600 coves in Cornwall, some one can only reach by boat, no wonder this coast was so popular with Smugglers. There is an eeriness to some of the more dramatic stretches that instantly transport you to times gone by when these fishing villages were filled with wenches and rogueish pirates. It's easy to imagine Daphne Du Maurier characters running across the jagged cliffs with their long dresses swirling behind them, what inspiring scenery. I now understand why Cornwall is filled with artists, musicians and writers, who can fail to be creative in these surroundings and light? There is no way I could name one favourite beach as they were all so beautiful in their unique way. Though I did particularly fall in love with Porthcurno and Porthcurnick beaches (pictured below). Both made me go weak at the knees as I climbed down to reach them. Especially Porthcurno as nothing prepared me for the white sand and crystal clear turquoise sea at the end of the path down, this is where the Minack Theatre clings to the sides of the cliff. Sadly I was alone with Matilda that day so didn't want to take the risk of walking round the precarious path to the theatre, next time. 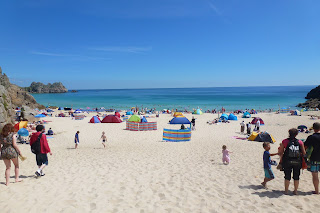 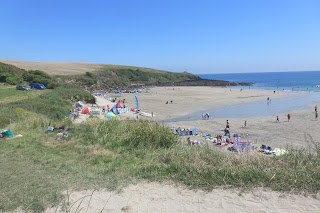 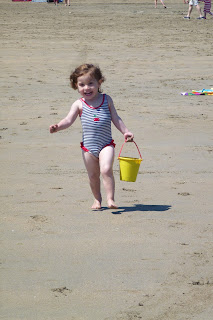 The Bedruthan Steps were incredibly moving, we drove to them late afternoon when the wind had risen making the scene even more awe inspiring. Rock towers spring up from the beach, though when the tide comes up the beach disappears apparently, so do take care about checking the times of the tide. It was too late for us to attempt the climb down but we'll definitely be back to do it as it must be amazing to walk amongst these gigantic rock formations. The legend goes that the rocks represented the steps used by the mythological giant Bedruthan, as presumably he came out of the sea on to land. A legend invented by the Victorians for tourists, but I'm a lover of old tales so I'll adopt that story. A little piece of advice if you don't want to pay for the National Trust entry fee, keep driving on and you'll come to another carpark where you can park for £2 and still walk down the coast path. 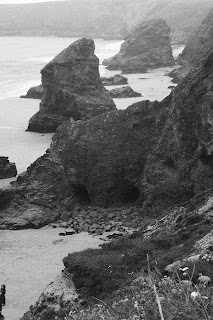 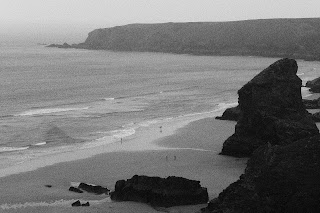 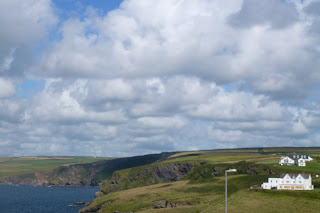 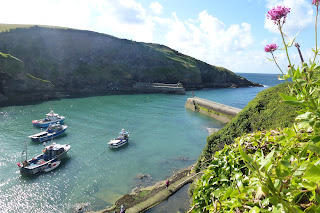 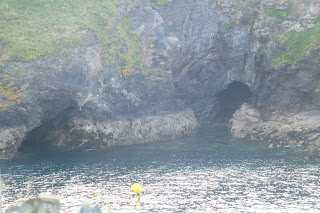 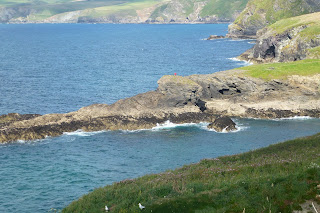 The steps are just along the coast road from Watergate Bay which houses Jamie Oliver's Fifteen Cornwall and a whole host of surfers. I did feel for the surfers as they waited patiently for that wave that didn't seem to come, we spent the day here on this ginormous beach made colourful by the windbreakers and tents. 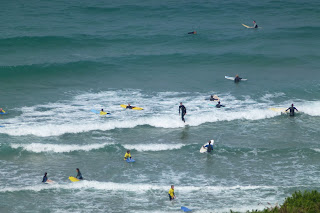 The weather was definitely on our side for that week but even without the 30 degree heat, those beaches and coves are meant for exploring so whatever the weather Cornwall should really be at the top of everyone must visit list. We're hooked and already planning our next trip when we'll explore the North Coast a little more.