Hercules and the love affair at Meltdown 2012

August 08, 2012
The Southbank was set alight on Monday night by the rocking Hercules and the love affair, as part of the 2012 Meltdown Festival which this year is being curated by the enigmatic Antony Hegarty. 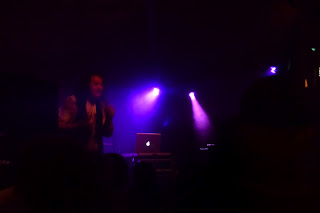 I've been a huge fan of his since the husband introduced me to his haunting music a few years ago. We worked out we've seen him every time he's performed in London since we first discovered him. Anthony is an imposing, melancholic figure with the most perfect voice that stays with you, apart from Prince singing Purple Rain at a gig I saw of his in Paris in 1991, he is the only other artist that has reduced me to a blubbering wreck during a concert such is the power of his voice. He started out in the New York underground scene, and remains very much a part of that fascinating world, working with artists such as Marina Abramovich and Yoko Ono. 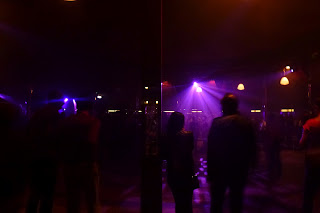 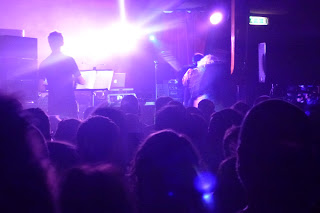 Interestingly last night we saw a completely different side to him, as he danced away ecstatically to his highly entertaining new protege Sissy Nobby. Antony is normally so still and controlled when he performs, it was great to witness his more boisterous side. I was unfamiliar with this new genre of music: Bounce which basically consists in shaking your booty incessantly to loud and rapturous rapping. He certainly went to great lengths to get the audience warmed up and ready for the main act, though not sure that the British audience completely let themselves go despite his and Antony's best attempts! 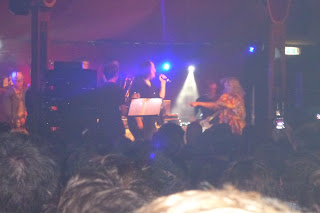 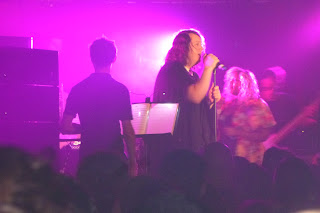 The stars of the night were Hercules and the love affair headed up by the DJ Andy Butler. He and Antony have collaborated for a number of years, and it was a real treat to see them perform alongside each other singing live a couple of their songs for the first time so making history! They were incredible the whole of the circus tent rocked, the floor moving beneath our feet, the temperature went through the roof, the singing was out of this world and the entire audience was in the moment. I haven't danced as much as that since my early 20's in Ibiza! The music is sampled with old skool house tunes sending all us oldies into a past life spent dancing in clubs. It was a refreshing to completely let go and give the dancing muscles a good old work. And equally lovely to walk out on to the buzzing Southbank filled with people sitting, drinking, chatting without a care in the world, with the backdrop of our London beautifully lit up for London 2012. Oh how I love London on these balmy Summer nights!