June 03, 2012
So the piece de resistence at yesterday's Street Party was my Jubilee Sponge Cake. It held pride of place at the head of the table, with admirers coming from all over the street to take photos and gaze upon its beauty. I was immensely proud of my creation after spending a good long while assembling it. 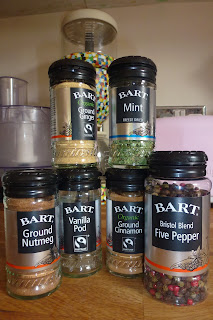 I never turn a Baking Challenge down, so when I was asked by Emily at Red PR to take part I jumped at the opportunity. I never say no to a free bag of spices either, one can never have enough in the kitchen cupboard!

From the Bart photo it was seemingly a very traditional Victoria Sponge, that is such a firm favourite on all British Party tables, but once you look at the ingredient list you can see that this will be no ordinary Sponge. It is given a twist by the very welcome presence of spices and peppers. It provides a fitting nod to the Commonwealth countries during this most spectacular weekend which is being celebrated all over the world by all those touched by our Queen. The recipe has been developed by  Bart and Edd Kimber who won the Great British Bake Off. They're also running a competition for Jubilee inspired recipes which you can enter via their Facebook page. The prize list includes the opportunity of taking a Macarron making class with Edd.

Ingredients:½ tsp Bart Bristol Blend Five Peppercorns½ tsp Bart Ground Cinnamon1 tsp Bart Ground Ginger¼ tsp Bart Ground Nutmeg2 tsp Bart Mint (Freeze Dried)250g self-raising flour¼ tsp salt250g margarine or butter250g Bart Vanilla Sugar4 eggs, beatenFor the filling and topping250g cream cheese150ml double cream100g icing sugar250g strawberries, quartered200g blueberriesMethod:1.Grease and line 2 20 cm round sandwich tins. Preheat the oven to 180°C/Gas 4.2.Cream together the margarine and vanilla sugar until light and creamy.3.Mix all the dry ingredients together and slowly add to the mixture, along with the eggs.4.Divide the mixture between the two prepared tins and smooth the tops. Bake in the oven for 20-25 minutes until well-risen and golden brown and a skewer inserted in the centre comes out clean.5.Leave to cool in the tins for 10 minutes then turn out onto wire racks to cool completely.6.When completely cool, cut each cake in half horizontally so you have four thin cakes.7.To make the filling, beat together the cream cheese, cream and icing sugar until thick and smooth. Spread the cream on top of one cake layer and scatter over one quarter of the strawberries and blueberries. Top with another cake and repeat.

Here are all the spices mixed into the flour 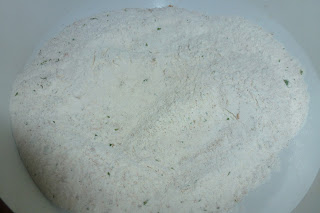 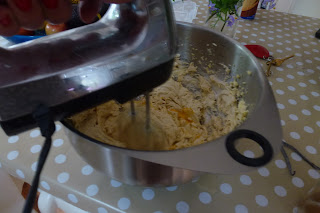 Before the Baking process 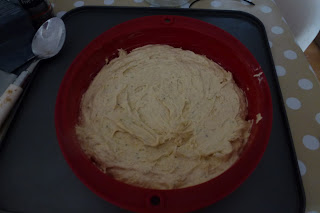 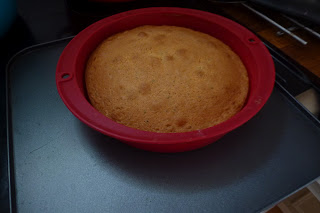 The Cream Cheese filling and topping 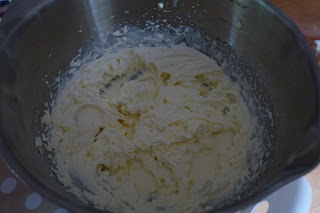 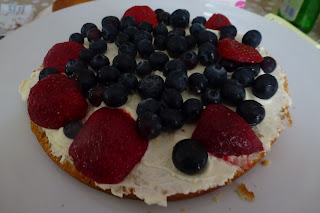 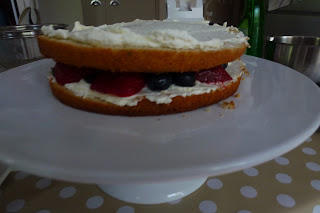 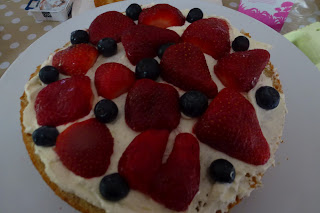 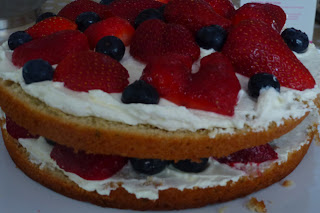 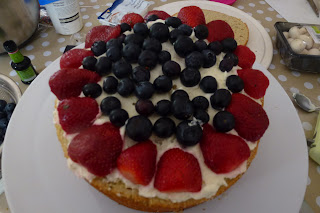 The final top layer and the Union Jack 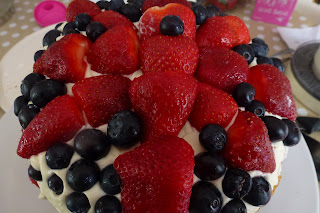 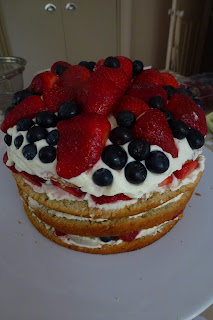 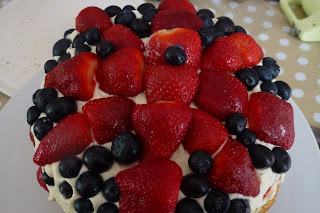 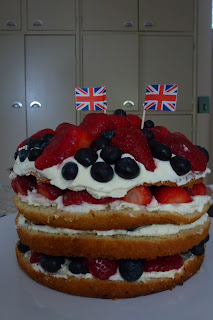 The final cake with it's cupcake spin offs 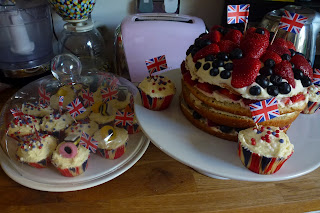 And here it is on our table at the Street party 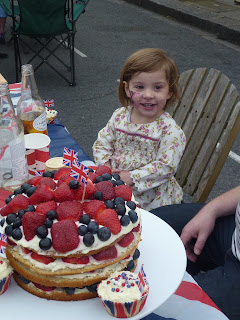 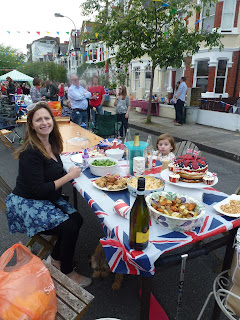 A very excited Matilda waiting for a slice of cake! 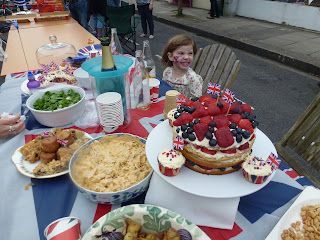 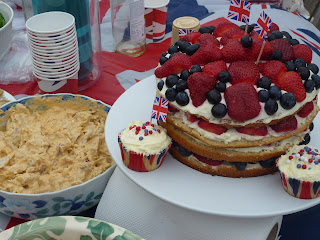 I was very pleased with the results though next time I'll definitely make more filling and topping, it wasn't quite enough in my opinion, also will probably double up the spices (only because I love the combination here). It's a  very simple cake to make even if you're a novice. It just takes a little bit of patience when it comes to putting it together. Though please do have a go, you've got another 2 days of Jubilee Celebration as an excuse! And once you're done, don't forget to add your photo to the Bart's Facebook Page. Hope you're all having a most wonderful Diamond Jubilee Weekend wherever you are.