A Sunday in Bath

February 27, 2012
After the shenanigans of Friday night when the husband called at 8.30pm to let me know his £500 bike had been stolen from a very busy Soho street, I thought we could all do with a nice day out yesterday. Poor man he was told by the police on Saturday morning when he called with the bike's serial number that the case had already been closed, as they didn't have the manpower to look over the CCTV footage let alone investigate further. We were outraged that clearly the Police don't seem to give a damn or at least the powers that be don't. The disappointment of realising that the crime committed against my husband doesn't appear to be of any importance to anyone is hard to digest. 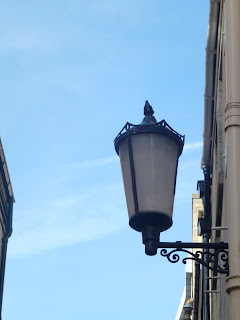 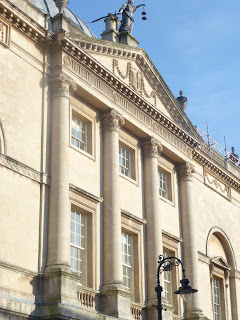 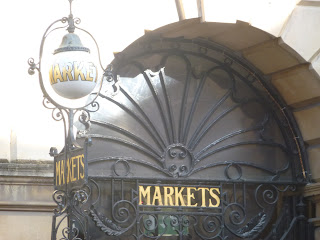 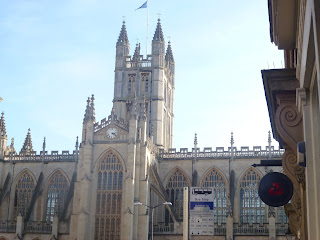 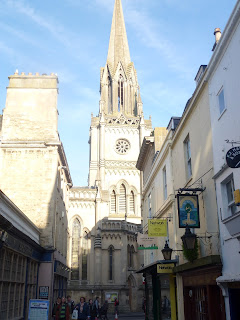 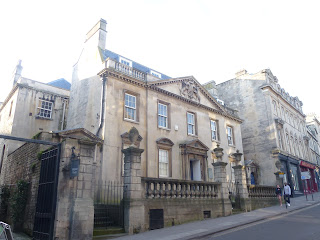 Anyway, I'll get off my high horse and focus on our lovely day out in the Unesco protected city of Bath. As per usual we didn't manage to leave the house til 10.45 so didn't get to Bath until about 12.15 just enough time to find the pub the husband had looked up before leaving that was showing the Arsenal/Tottenham match, being a Gooner this was one he could NOT miss. We had a pretty standard pub grub lunch, then Matilda and I went off to find the Vintage Fair and, the husband stayed to thankfully watch Arsenal gallantly win 5-2! 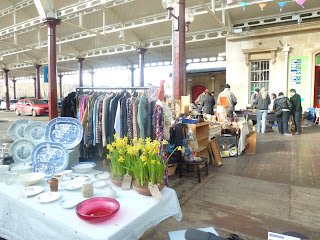 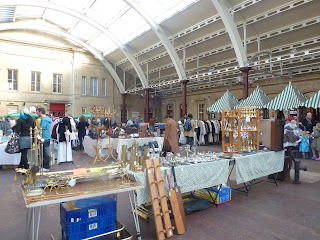 The Vintage Fair was being held in the old Green Park Station which has been restored and, is now home to a number of small shops and a monthly fair. There were some lovely stalls, everyone was so friendly too, it wasn't terribly busy which was nice for us punters as we had time and space to really examine each stall. I was exceedingly self restrained and only came away with a lovely brown leather Vintage handbag at a bargainous £10. I have a special affinity to Bath having spent a lot of time there whilst I was a student at Bristol University. Lots of frivolous afternoons spent frollicking around the town drinking cheap delicious cider, oh how I long for those worry free days! 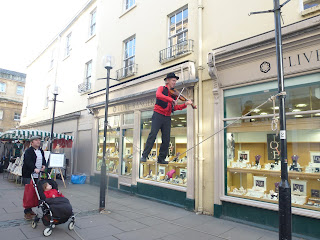 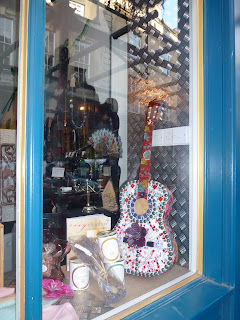 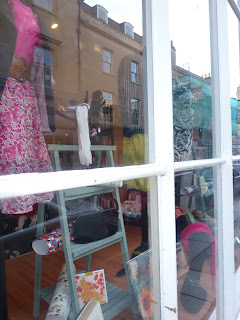 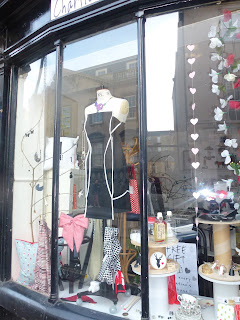 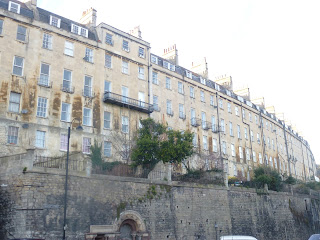 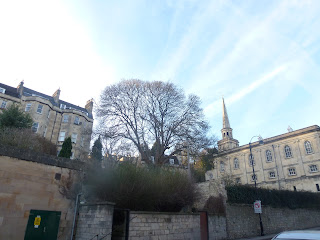 What was nice yesterday was seeing a lot more small independent shops, the last few times it struck me how high streety Bath had become which to me seemed a huge shame, as it was always known for great Antique and second hand shops with lots of unique independent sellers. It would seem those are beginning to come back, please Landlords keep your rents down as this is what we want to have more of! It's a particularly picturesque city centred around the River Avon that runs through, it is a maze of streets and alleyways with plenty of eateries, beautiful buildings and endless things to do. The Baths themselves are worth a visit as is the Pump Room Restaurant which has been magificently restored. The Royal Crescent Hotel situated in the largest crescent in the world is worth the splurge, it don't come cheap but it affords amazing views of the city and is the height of luxury. 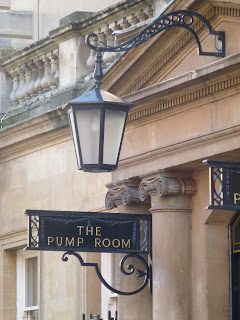 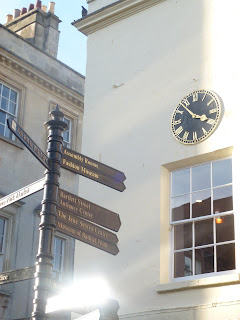 Personally I love taking in the atmosphere in the square in front of the baths, where street entertainers wow the crowd with their tricks or music, I love nothing more than a picnic by the river looking up at the Pulteney Bridge and the city beyond. If you've ever thought about taking a weekend in Bath, think no more this city is worth every second you spend in it. Treat yourself to a splendid stay in this vibrant city full of art, culture and beauty.