October 26, 2011
Salvador is a melting pot of nationalities, cultures, religions and people. Once the capital city of Brazil, it is the biggest city in the North East and it was the first landing place for the slaves arriving from Africa. The African influence is prevalent everywhere from the music to the food to the Art, and so too is the Portuguese  architecture. One could almost imagine oneself in the Old town in Lisbon.

The Portuguese arrived in Salvador and named it in 1500. By 1549 the Portuguese sellers had established it as the first colonial capital of  Brazil, the hub for the sugarcane industry and the slave trade. It was divided into an upper and lower city (it is built on a high cliff), the upper being the Administrative and Religious centre where the majority of the population lived. The lower city was the financial centre with a Port and Market. It pretty much remains the same today, the market still dominates the docks. In the late 19th Century funiculars and the picturesque Elevador Lacerda were built to link both areas enabling easier access. The upper city is now the domain of the commercial world making it's money from the tourist, the Pelourinho underwent major restoration during the 1990's and was deservedly declared a World Heritage Site. 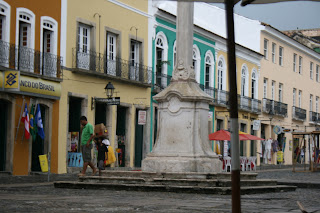 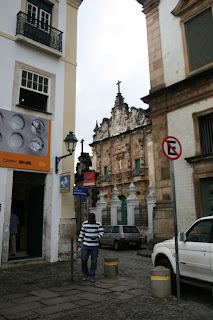 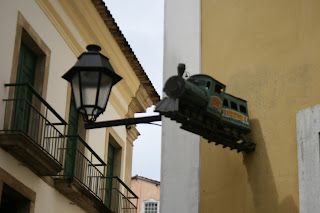 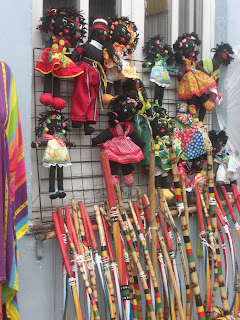 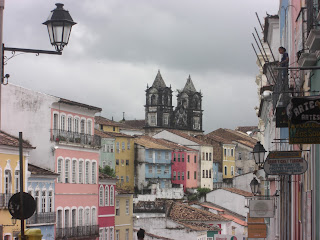 Matilda and I doing battle with the cobblestones. 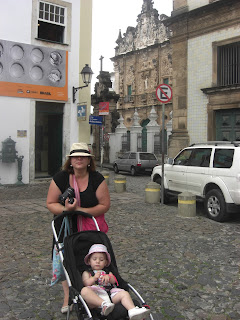 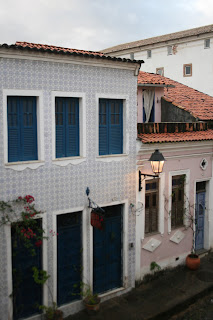 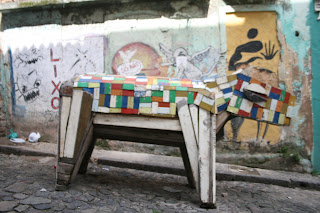 There is an energy in this city that I've experienced nowhere else in the world, a joie de vivre that is unrivalled. Despite the clear poverty that some of the population endure, there is always a smile and a hello for a stranger. The Brazilians adore children so we were welcomed wherever we went with our little girl. I had heard and read about the dangers in Salvador, robberies particularly targeted towards tourists, but to be honest we never felt in danger or compromised. One word of warning though: Make sure your pram has very sturdy wheels as the cobbled streets together with the lack of real pavements, do not make for good steering. This is in no way a review of Bugaboo Bee BUT boy were we glad of it, as another less robust pram would have fallen to pieces. No street in the Pelourinho is easy to manoeuvre made worse by the most vertiginous hills, I felt for the husband who clearly struggled for the 4 days we were there. Needless to say, she had great fun waving to passers by as her father nearly keeled over on a number of occasions, in the relentless heat of the day.

Salvador de Bahia is awash with music, art, antique shops, restaurants, bars and cafes. Whole families occupy the streets at night, dragging their furniture outside, eating and drinking with their neighbours. Mini music festivals and carnivals pop up unexpectedly, bands suddenly appear when you're trying to navigate your way round the winding streets trying to avoid the non-tourist streets. We hit upon one such Festival at the end of our street on our last night. Hundreds of people dancing on the street soaking up the caipirinha. It began to rain heavily but that didn't impede the enjoyment but was welcome relief from the heat and sweat. The party went on til dawn by all accounts, sadly we had to retire to our Pousada with one exhausted little girl. One can't help but be carried away with the excitement and sensuality of this city fuelled by the moreish Caipirinha, the addictive sounds and smells of the street.


My very first Caipirinha of the holiday. 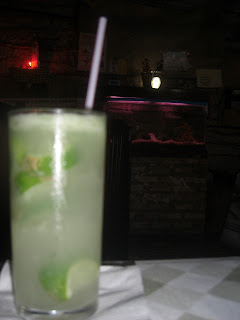 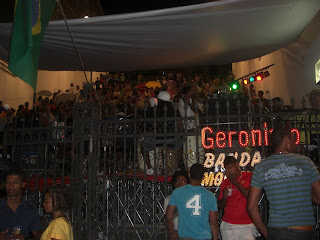 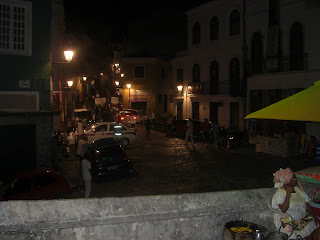 There are plenty of museums, stunning churches and places to visit whilst there however with the toddler in tow we were somewhat restricted. It was also excruciatingly hot and she developed a rather nasty heat rash all over her body, luckily salvaged by a little miracle cream recommended to us by Gerusa the knowledgeable owner of our Pousada. If you're in Brazil with a heat rashed up child get yourself some 'Pasta d'agua', amazing stuff that cleared it up within hours. We did visit the Rodin Museum Bahia and it's
delightful gardens modelled on its Parisian namesake. It's a beautiful haven away from the heat and noise of Salvador with a relaxed cafe in its grounds, perfectly safe for young children to run around in. I recommend the Coconut Ice cream - delicious and very cooling. It's set in beautiful colonial mansion that has been taken over by 64 plaster casts of the original sculptures held in Paris. It's also in a residential, leafy part of town, 'Graca' close to the Light house which also has the most impressive views across the Baia De Todos Santos which  is a must see if you're in Salvador. Here are a few images of our stay, making me very sad to have left. I dream of my next visit and my next Bahian caipirinha. 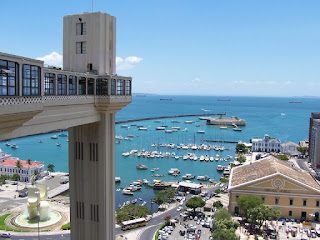 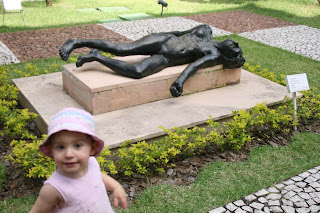 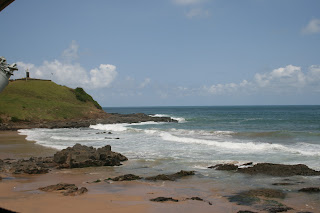 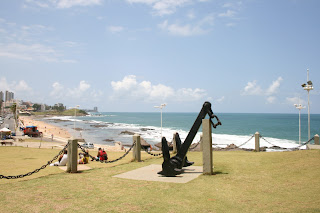 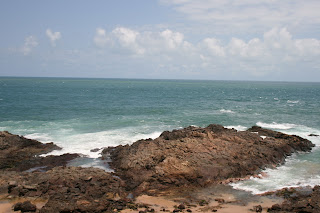 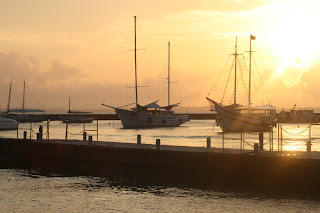