The World of the Chanel at Harrods...

Today Matilda's initiation into the world of Chanel began. As everyone knows Harrods has been taken over by Chanel fever, every window on Brompton Road is displaying Chanel's latest ready to wear collection, the normal Harrods flags replaced with black and white Chanel ones. As a huge fan, but obviously only ever being able to afford the perfume or a lipstick, it was amazing to get up close and personal with the couture. 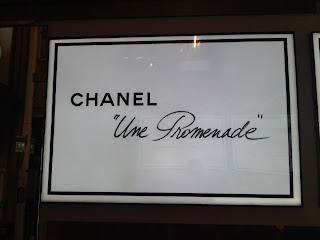 You enter Coco in Wonderland through a heavy pearl curtain into a magical garden compete with running fountain completely giving you the sensation on having just walked through the looking glass. You are then guided by a lot of security into a darkened room where a wall of monitors show you how the ultimate goddess of handbags are made. Matilda was fascinated and so was I. The most enchanting room was the children's nursery, where Coco and Karl dolls and teddies dressed in Chanel hang from a huge dolls house and were lined up on the shelves. Matilda could barely contain her wonderment or her determination to swipe a precious Teddy. Needless to say both the security and I were watching her pram like hawks. The glistening Haute Couture room, a reconstruction of  Coco Chanel's apartment at 31 Rue Cambon, was quite simply beautiful with huge boxes filled with exquisite colourful dresses that also hung behind glass on the walls, oversized mirrors and manequins. Little surprising touches such as a large Chanel 5 bottle transformed into a screen showing their filmic commercials are delightful. The installation was designed by Lagerfeld himself, keeping to Chanel's creative code of monochromes, pearls and the Camelia motif. As you'd expect from the iconic Chanel it was tasteful, simple, elegant, enchanting and terribly enticing, just wish I had a few thousand spare to commission my own tweed jacket and pearls! 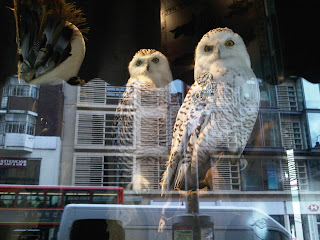 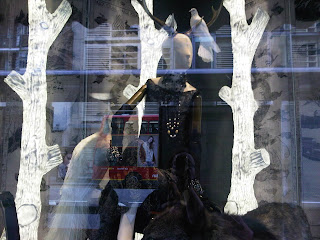 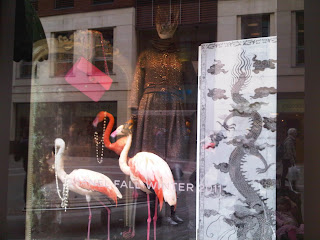 Tis amazing to think that the adulated Gabrielle Bonheur Chanel who came from such humble beginnings would become such a visionary, practically canonised in certain circles. She was born in Saumur with a father who was a market stall holder and, a mother who was a laundry woman. Upon her mothers death her Father left and she went to live in an orphanage until she was 18. She joined the Moulins circus becoming a Cabaret Singer in Moulins and later in the bars of Vichy. Hence the name Coco which was shortened from the word Coquette translated as the Cheeky or kept woman. Not only was she a pioneer of fashion but also of feminism liberating the female body from the suffocating corsets, simplifying what women wore.  When I was 21 and living in Paris I'd often go to Rue Cambon to gaze whimsically through the Chanel windows, occasionally mustering up the courage to walk through the wondrous doors. Coco Chanel was the epitome of class and taste and this installation reflects her philosophy perfectly. 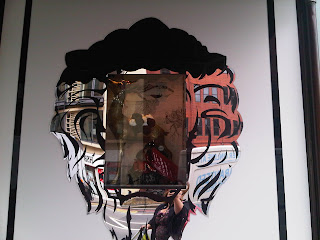 “Fashion is not something that exists in dresses only. Fashion is in the sky, in the street, fashion has to do with ideas, the way we live, what is happening.”
~ Coco Chanel