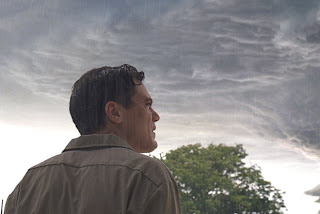 I was very privileged to be invited last night to a screening of Take Shelter, a new film due to be released in November starring Michael Shannon (if any of you have watched Broadwalk Empire he's the disturbing Federal Agent) much talked about Jessica Chastain and Tova Stewart. It was in the Official Selection at the Sundance and Toronto Film Festivals and won the Critics Week at Cannes this year.

I am a huge lover of film and it's one of the aspects of my old job that I miss most - the premieres, the pre release screenings, the 9am Sunday morning Cast and Crew screenings in the West End, so when I received the invite to view last night film I jumped at the chance.

Being a work from home Mummy I don't tend to go into Soho too often these days, if I need to run errands or shop for a client I can do it nearer home. I'd forgotten how much I love the dirty, sweaty and yet so thrilling Soho, I walked through from Piccadilly, being away for a while does make you appreciate it a lot more. Charlotte Street was buzzing even in the drizzly rain. People spilling out of restaurants and bars despite it being only a Tuesday night. 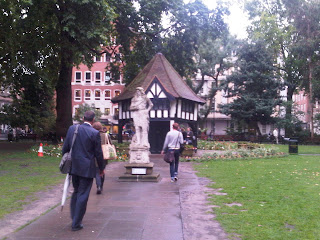 Charlotte Street Hotel is the epitome of understated luxury, managing to be both Glamorous and cosy at the same time. I love the small details that are so effective like a wooden bowl filled with juicy red apples on a Mahogany table, the Miller Harris toiletries in the bathroom (and yes I took full advantage of the delicious hand cream) the subtle lighting throughout and the charming staff. 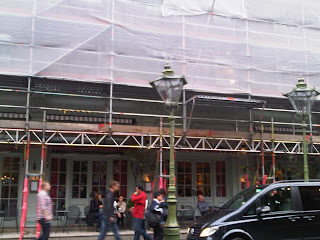 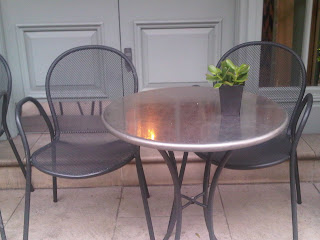 The screening room is buried deep down in the basement, filled with effortlessly comfortable leather armchairs you can just sink into. A glass of wine and a couple of olives later the lights dimmed and I relaxed into the fantasy world that is the cinema. 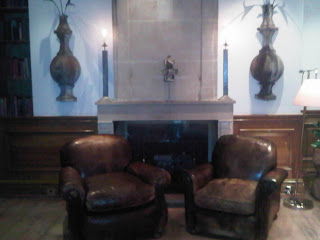 The film was magnificent, a testament to the fact that all you really need is a powerful, intelligent script and talented actors to have a winner on your hands. Without giving too much away the film tells the story of a loving young working class couple Curtis and Samantha, who live a simple life dedicated to their little girl Hannah, who is deaf. He works as a Crew Chief for a local sand mining company, she's at home with their daughter making curtains and other soft furnishings she sells at the local Flea market on a Saturday. Suddenly their lives are turned even more upside down when he can no longer hide his anxiety and paranoid apocalyptic dreams when they become his reality. How can the family deal with and resolve this? Will they overcome this bleak reality? Can their love survive?  It is based on the Writer/Director's own experience of living with anxiety, in his own words 'I had this nagging feeling that the world at large was heading for harder times. The free-floating anxiety was part economic, part just growing up, but it mainly came from the fact that I finally had things in my life that I didn't want to lose. All of these feelings filtered directly into the characters of this film'.

The performances are remarkable from the two leads and the little girl playing their daughter, for what it's worth I think an Oscar nomination should really be in order. It is beautifully shot, the mute, grey colours and the haunting score sweep you into a world of blurred reality, uncertainty, paranoia and claustrophobia. The film involves you in such a way you can't help but cry with them and be consumed by them. The script is beautifully and sensitively written drawing you in deeper and deeper as it evolves. It's perfectly pitched, the drama unfolding at exactly the right pace and not over sentimental. It tells the story plain and simple. The curious thing is that you can identify with Curtis' worries, it was easy to empathise with his struggle to control his fears, his battle to protect his family which in itself is a completely normal thing to want to do. We all have a fear of losing our families, I still to this day check my daughter is breathing, however some of us take this to the extreme.

Go see Take Shelter as soon as it's out, the film and its characters will stay with you for a long time after.