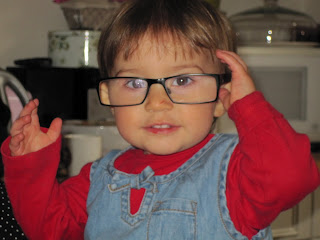 Let me introduce myself I am Fatima, I am a Virtual PA and working mother of an 19 month old bundle of loveliness named Matilda.  I love being my own boss now as I cover such a range of interesting things with new challenges appearing all the time to keep me on my toes.  It also allows me to spend time with Matilda watching her grow and change daily as it happens so fast.   Sometimes though I do believe that if I didn’t have Matilda I may still be classed as a working Mother given the relationships with some of our clients.   It isn’t unusual for me to be fielding questions during Coronation Street about an insurance claim or even the measurements of a Tree house, assuring clients their travel arrangements are sorted or advising them where to be and when (I do stop short of telling them to wrap up warm if it is a blustery day).   Despite the term Virtual, I feel we do offer a very personal service.   How did I become a VA?  I worked as a Theatrical Agent for 14 years, but became disillusioned with the business as exciting opportunities became fewer and more far between for clients, budgets were being cut comprising artistic integrity. The hours were long, often being out 4-5 nights a week, so I had to look deep inside myself to wonder if I wanted to return to an industry I loved but felt on the wane and to work hours that would keep me away from Matilda.   Matilda is our first child but was our third pregnancy (for reasons that belong to another blog).   So when I first took her in my arms, I fully understood why childbirth is considered a miracle.  The thought of leaving her in the hands of a child minder was too much to bear.  I couldn’t stand the thought of coming home and being told by a stranger that she had taken her first step, said her first word or had eaten her first avocado, as well as, all the other new things she does each day.  I found it hard enough on my very first night out away from her. My husband bought me tickets to see Juliette Greco and offered to babysit so I could go out with a friend, but all dressed up and somewhere to go, I still could not stand the thought of being away from my bubba.  How would I cope day in and day out? So whilst I deeply loved my old life and had forged some very good relationships with colleagues and particular clients, I felt it was time for a fresh challenge and new chapter in my life.     My close friend and now partner in this venture was already a VA and was contemplating taking the work she was doing to the next level, so would I be interested in teaming up?  After several discussions, coupled with the realisation there was a large crossover of my old role and what would be asked of me, I thought I could make it work as a VA.  So I jumped in feet first! Our first few weeks were spent doing Executive research on  African bankers. “This” I thought “is a lot different from contract negotiations with the National”.    So whilst it has been a steep learning curve, it has also been an adventure,  as has being able to spend so much time with Matilda.  Sometimes I wonder what is more exhausting, dealing with the Planning Department of Haringey Council, or chasing around the gardens of Fulham Palace after my little girl.   The rewards are equally sweet when things go right, a client actually said to me recently “Thank you, you really have given me room to breathe” and I felt a swell of pride.   Later that very same day Matilda jumped in the air for the first time landing on her feet, the second time she fell flat on her bottom, but she let out that infectious giggle that has her Mummy and Daddy wrapped around her tiny finger.   There are times when she is a little madam, the terrible two’s are fast approaching, or feels sorry for herself because she's teething or decides to fall off her rocking horse amongst other diversions (hence I work through Corrie to catch up). Given the tales I hear from my husband about the people he has to deal with then give me prima donna fits, grazed knees and teething anytime as I always tend to get some cuddles out of it (and I trust my husband doesn’t).   As for those clients that I held dear when I was an agent?  A month ago I travelled to Glasgow to attend the Birthday party of one of those I most miss.   Last week I took a call from another who left our agency during my maternity leave, but was now  feeling unsure about himself and was contemplating giving up acting.  After a heart to heart and a reminder of why I believed in him when I first spotted him, he is now carrying on and is looking to the future. So you can see what I meant from my opening line, I guess my work has been a dress rehearsal for being a working mother and I now have a brand new family of clients to care for.
Location: London, UK